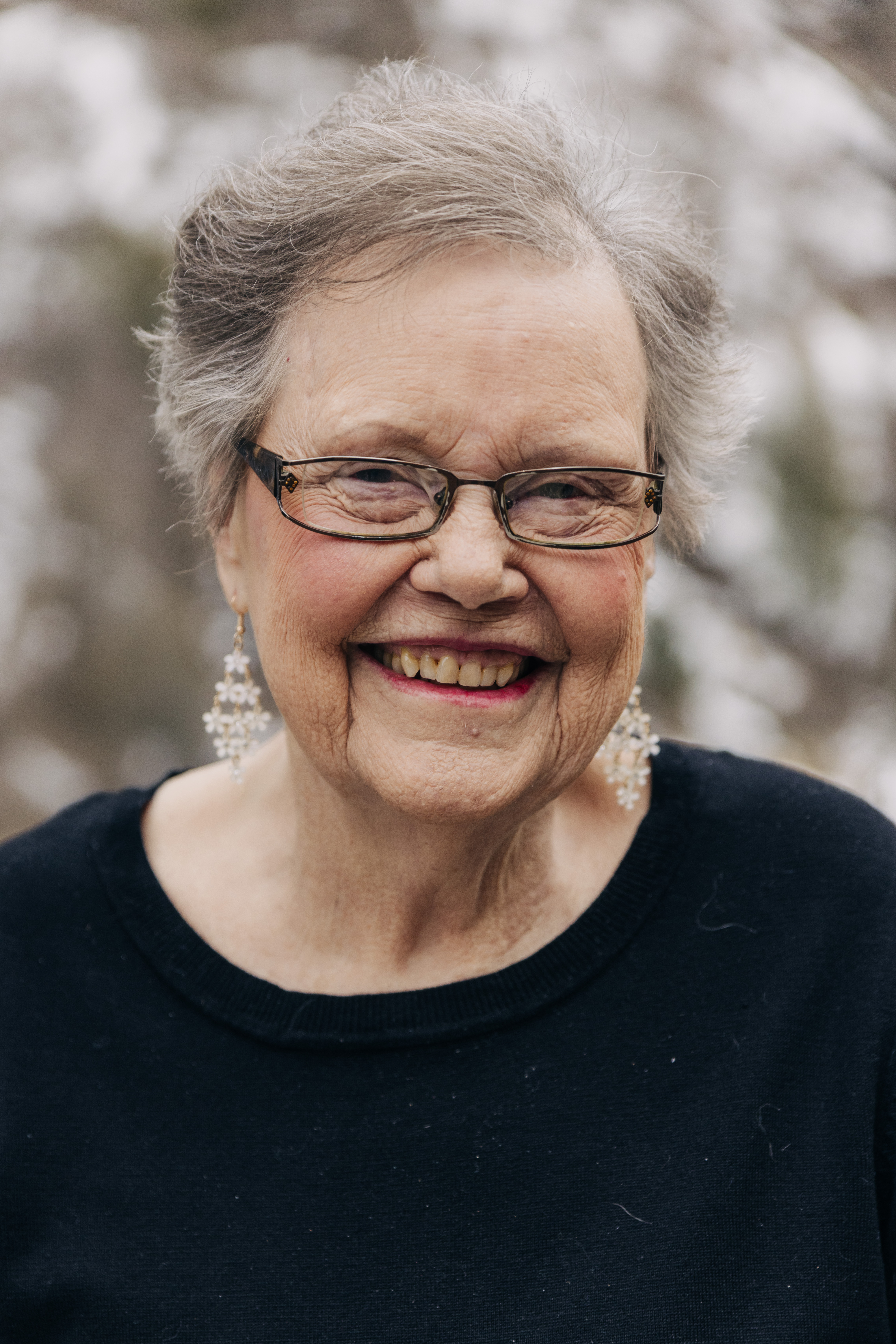 Gail was born on March 3, 1940, to Oren Joseph Agee and Eloise Rosemary McCrea Agee at Barnes Maternity Hospital in Coeur d’ Alene, Idaho. Her early years were spent on the McCrea Homestead, in Delcardo Bay, on Lake Coeur d’Alene. By 1942, a year after the United States entered World War II, Fairchild Air Force Base opened in Spokane, Washington where her dad began working as an electrician servicing B52 military aircraft.  In 1943, the family moved to Veradale in the Spokane Valley where Gail spent the rest of her childhood.

She attended Vera Grade School, North Pines Jr High, and Central Valley High School where she graduated in 1958. She was always active in school, sports, and service organizations.  In Jr. High and High School, she was on the tennis team, was first chair violinist in the orchestra, and was a member of the Honor Society, Science Club, Journalism Club, and the Future Homemakers of America.

With a long family history in the Masonic Order, as a young woman, Gail joined the Order of the Rainbow Girls, a Masonic youth service organization, where she was awarded the Grand Cross of Color for outstanding service. In addition, she was a charter member of Job’s Daughters, Bethel 53, where she was privileged to serve as Honored Queen at 16 years old.

Gail attended the University of Idaho in Moscow where, in 1963, she graduated with a Bachelor of Science in Microbiology. With hard work, heavy class loads, and summer school she was able to complete her course work in three years and used the fourth year for an internship as a Medical Technologist at St. Luke’s Hospital in Spokane, WA where she was chosen Outstanding Student of the Year for her class.  In 1973 she received the Medical Technologist of the Year award for the State of Idaho.  She later returned to school and in 1975 received her Master of Education from Idaho State University.

While pursuing her undergraduate degree, she was invited to become a member of Phi Kappa Phi honor society, meaning she ranked in the top 7.5 percent of her class. She also joined Beta Sigma Phi, a non-academic sorority which provided her many social and cultural opportunities throughout her lifetime.  She received the Order of the Rose and recently celebrated her 60th year as a member of the organization. In keeping with her Masonic heritage, at 18 years old, she joined Queen Esther #12, in the Order of the Eastern Star, where she served as Worthy Matron from 1989-90, and where she remained an active member for 64 years.

Gail lived in a variety of locations – Everett, WA; Salmon, ID; Idaho Falls, ID; Pocatello, ID; and finally back to Coeur d’Alene, ID – working in many different hospitals and clinics along the way. In addition to the joys of her profession, she enjoyed participating on golf teams, in bowling leagues, in quilt guilds, and book clubs. She attended musicals and plays, traveled the world with friends and family, and kept up with politics through her membership in Republican Women clubs. She volunteered at women’s shelters and food banks, always willing to give back to her community. And recently, she started learning Spanish.

As a woman of faith, she prayed daily, went to church, read her scriptures, and participated in many Bible study classes. She believed in miracles and looked for the Hand of God in her everyday life.  She was an active member of Lake City Church in Coeur d’Alene – both in person and through online services.

In recent years, she was diagnosed with Giant Cell Arteritis, a rare inflammatory disorder that left her partially blind.  She moved to Woodland Hills, Utah in 2018 to live with her daughter Kari and to receive advanced medical treatment. She remained active in the community and transitioned to audio for her book club and Bible readings.

Gail married Gary Lee Lent, her college sweetheart, on June 10, 1963, in Spokane, Washington. Together they had three beautiful daughters – Kari Lynn, Darcy Louise, and Catherine Lorraine. Gary and Gail were later divorced. In 1976 she married Glenn Kinloch. They also divorced.

She was preceded in death by her parents, Oren and Eloise Agee, and her brother’s Leon Agee and Wynn Agee.

Interment will be at the McCrea-Agee Homestead family plot - a place of beauty, rest, and heritage.

The family wishes to thank Premier Funeral Services of Orem, UT for their care and service returning mom to North Idaho.

To order memorial trees or send flowers to the family in memory of Gail Kinloch, please visit our flower store.
Send a Sympathy Card

Viewing one-hour prior to the service