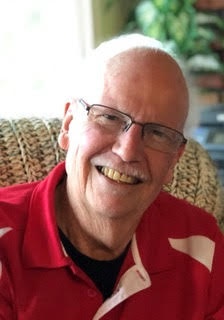 Gary Warren Arrasmith died on April 9, 2022, at Kootenai Medical Center in Coeur d’Alene, ID. He was born on November 30, 1945, to Glen and Lois Jean Arrasmith in Long Beach, CA. He spent his first 48 years in Long Beach, graduating from Jordan High School, then Long Beach City College and then Cal State Long Beach earning a degree in Industrial Engineering. Gary served in the US Army in Germany from 1965 to 1968.

On July 27, 1973, he married Karen, they were married for 48 years and had 2 children and 2 grandchildren. He is survived by his wife, son and daughter, Tim Arrasmith and Tammy Karoblis and grandchildren, Addison and Ryan. He is preceded in death by his mother and father and younger brother, Dean.

Gary enjoyed adventure, learning to pilot planes, sail, and scuba dive. He spent many years as a Boy Scout, first in childhood with Troop 69, and then later as a Scout Master to troop 264. Highlights included summers at Camp Tahquitz, backpacking at Philmont, and the ’93 National Jamboree.

During his career, he was an Engineer/Project Manager for Hughes Aircraft, GM, Raytheon, and L3 Communications, working in the aerospace industry. In 1993, he moved to Southlake, TX, where he worked until retirement.

After retiring, in 2001, he moved to Hayden, Idaho, where he enjoyed golfing with friends at Avondale Golf Course and serving at Faith Presbyterian Church. He also enjoyed numerous trips with his wife, driving across the United States visiting all 50 state capitols, and cruising through the Panama Canal, Alaska, and the South Pacific Islands.

A Memorial Service will be held to celebrate his life on Saturday April 30, 2022, at 11:00 am  at Faith Presbyterian, 9485 N. Maple St, Hayden, ID
To order memorial trees or send flowers to the family in memory of Garry Warren Arrasmith, please visit our flower store.