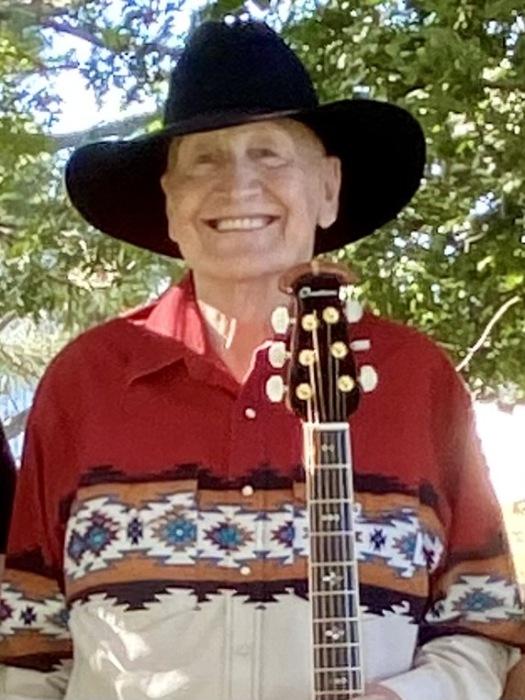 Gary Whitney Shawver passed away peacefully in his sleep in Post Falls, ID, Tuesday night, April 20th, 2021 at 11:00 pm following a long battle with cancer. He was 86 years old.

Gary was born in Oakland, Nebraska on July 30th, 1934 to Harold C. and Ruth E. (Whitney) Shawver. They lived in Craig, Nebraska as well as Billings and Hardin, Montana until Gary was 10 years old, when they (along with his younger brothers) moved to the Princeton / Potlatch, Idaho area.

They were a farming / logging family and so Gary worked on the farm until he joined the Navy at age 17 in the early 1950’s (“to get off the farm!” he later joked). He served on the USS Suisun Navy Ship in the South China Sea during the Korean Conflict. He was a barber as well as a Gunner aboard ship. While in the Navy he met many interesting guys from all around the country and made many good friends that he would later keep in touch with. In the Navy he learned to play guitar from some of the southern guys aboard ship that could play the thumb-bumping Merle Travis finger-style. He also became an exceptionally good singer and yodeler and began writing poetry and songs. Music would remain a huge part of his life from then on.

Once he was out of the Navy in the mid 1950’s he settled back in Potlatch, Idaho and took up logging as a timber faller, which would become his career until retiring at 75 years of age. His “saw for hire” skills took him to many places throughout his life, from the woods all over North Idaho to Colorado, Washington, Montana, Utah and almost 20 years working in Southeast Alaska from 1980 to 1999.

He was a voracious reader of all types of literature and was very well read about World history. He was into physical fitness all his life, a motorcycle enthusiast in his earlier years, took Judo lessons in his 70’s and was an avid MMA fan.

Wherever Gary worked, his guitar was always with him and he played weekend gigs in the local clubs. His musical abilities combined with his insanely great sense of humor made him quite popular wherever he went. He loved people. Some say he was much larger than life, and of course, there are always consequences to that, which he had to bear. He lived with a gusto many only dream about and crammed a lot of life into his 86 years. He recorded several albums of his music, some of which can be found on Amazon.com and iTunes. He recorded 2 logging-oriented albums with musician son Grady in the mid 1990’s (“Old Loggers Never Die” and Big Wood Boogie”) which sold several thousand copies in Alaska and the Northwest.

The family would like to especially thank Rob and Tracy for their excellent care of our father, brother, grandfather, and great-grandfather.

At Gary’s request no service has been planned.

To order memorial trees or send flowers to the family in memory of Gary Shawver, please visit our flower store.
Send a Sympathy Card