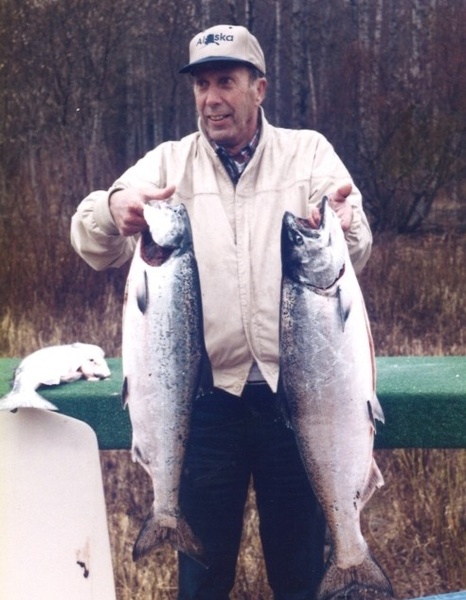 Gerald was born on October 21, 1931, in Coeur d’Alene, Idaho, to Lemual and Frankie Cederbloom. He completed the family of four as a younger brother to David.


Gerry graduated from Kelso High School (Kelso, Washington) in 1949.  At the beginning of the Korean War, he joined the US Navy and served for four years. After that, he attended and graduated from Washington State College. Gerry married the love of his life and best friend, Reathel Clark, in 1956.  Their son, Steven, was born in 1964. Steven and his wife, Stacey, blessed them with two grandsons, Justin and Matthew.


Gerry spent 28 years in Minnesota working for Honeywell International as an electrical engineer before retiring to Coeur d’Alene in 1990. At Honeywell, he worked in the Avionics division on flight control systems and radar altimeters.  He worked on projects such as the C5-A Galaxy transport, the Space Shuttle, and the F-16 fighter.


Gerry’s passion was for fishing and camping.  He also enjoyed music and dancing.  He was sociable and enjoyed meeting lots of friends at the Eagles.


To Steve, Stacey, Justin, and Matthew, “Pa C” was one of the handiest and strongest men they ever knew. Even into his mid-80’s, he cut down trees, rescued cars that were stuck in the snow, and fixed anything that needed fixing. While these things gave him much satisfaction, he always seemed happiest telling stories of years past while drinking coffee and eating “Ma C’s” delicious desserts.


Please join us for a celebration of Gerry’s life on Thursday February 4th at 11 AM at Coeur d’Alene Memorial Gardens, 7315 N. Government Way in Coeur d' Alene, Idaho.

To order memorial trees or send flowers to the family in memory of Gerald Cederbloom, please visit our flower store.