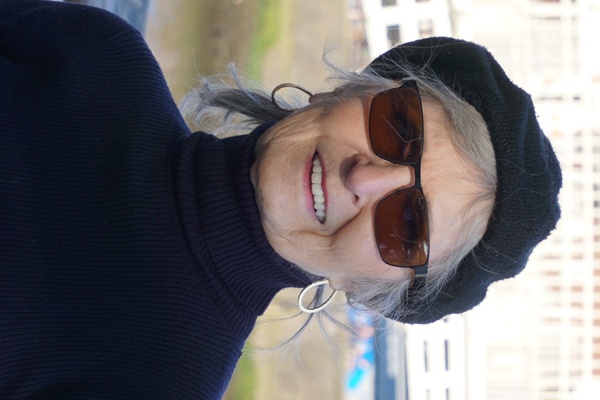 Geraldine Marie Rogers passed away peacefully at her home on Oct. 21, 2021, surrounded by family and friends. Geri was born and raised in Chicago, Illinois. She claimed while in Des Plaines, Illinois that she was the first McDonald’s customer in 1948, (who am I to dispute that claim?) She moved from Chicago to Garden Grove, California in 1964. She enjoyed many days with her children at Disneyland and playing in the sand and waves at Huntington Beach. In 1968 she was hired as the secretary to the president of BASF Corporation in Fullerton, California. 12 years later she was promoted to manager of the BASF Santa Ana paint distribution plant.

In 1980 she joined the Coast Guard and defended our country for three years. During her Coast Guard career, she traveled to Washington DC, Louisiana, San Diego, and other cities.

In 1982 she met and married Jim Rogers, the love of her life. They moved to Hacienda Heights, California and lived there until they retired in 1997. Working and babysitting her grandkids kept her very busy. She studied and practiced the teaching of Buddhism to become a Buddhist. She believed that the path to nirvana included meditation and good behavior.

After moving to Coeur d’Alene in 1997 she worked in the Resort Plaza Shops for 15 years at the watch shop and jewelry store.  She met and cherished many new friends.

She loved music of all kinds; Tom Petty was her favorite. After taking up the harp at age 63, she was proud of the blue ribbon she won at her first recital.

Geri loved to travel by train and bus when touring other countries. Her roots led her to Ireland, Sweden, and Canada where she spent many hours researching her family tree.

Geri succumbed to the very rare and incurable disease Amyloidosis.

She was preceded in death by her two brothers Alexander and Frederick Martin.

Geri was loved by family and many friends and will be missed forever.

”R.I.P. Geri” you will forever be missed by your loving husband.

To order memorial trees or send flowers to the family in memory of Geraldine Rogers, please visit our flower store.