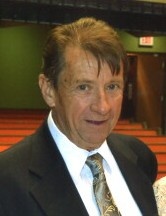 Heart of the City Church

Glenn Logan Sentman (82) was gathered into the arms of the Lord and carried home on February 28, 2021, in Coeur d’Alene, Idaho, after a car accident. He was surrounded by the love and guiding prayers of his family.

On January 28, 1939, Glenn was born to Robert and Bertha (Logan) Sentman in Kellogg, Idaho.  He had four younger siblings- Janet, Dan, Pattie, and Dale. At the age of five, Glenn and his family moved to Spokane, Washington, where he grew up.

On November 19, 1960, Glenn married Mary Riley, and together they had three children – Shawn, Dale, and Matthew. Glenn was a dedicated father who loved his family. After proudly serving for 20 years in the U.S. Navy, Glenn retired in 1975 and worked at Xerox in Virginia Beach, Virginia.

Later that year, Glenn and Bonnie Hensley square danced into one another’s lives. They were married on September 2, 2012, in Coeur d’Alene, Idaho, where they embarked on many beautiful journeys together.  It was during that time that Glenn’s life changed forever. On a lovely day in 2012, he suddenly found himself surrounded by the loving light of the Lord and, for the first time, his heart accepted the grace of Jesus. Glenn always recalled that day as one of the most extraordinary days of his life.

Glenn always used to say, “no matter what happens, I enjoy my life. I look for the joy.” He lived by that motto every day, and he filled his life with what brought him the most joy – square dancing, marathon running, reading, discussing history, connecting with family and friends, attending Heart of the City Church, serving in the Fathers Market, and, of course, watching baseball, especially the Spokane Indians!

Glenn’s heart was that of an adventure’s, and he never missed the opportunity to camp, travel, and cruise his way across the world.

Glenn is proceeded in rest by his parents, Robert and Bertha; brother, Dale; sisters, Pattie and Janet; daughter, Shawn; and cousin, Marian Newburn.

In lieu of flowers, please consider donating to the Fathers Market also at the Heart of the City Church.

To order memorial trees or send flowers to the family in memory of Glenn Sentman, please visit our flower store.

Heart of the City Church