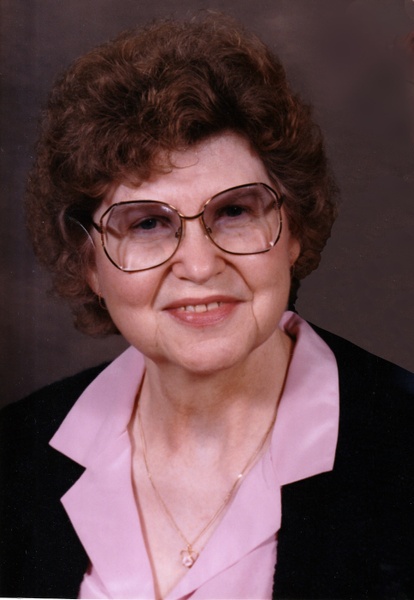 Gloria was born in McCanna, North Dakota, to Siever and Rena Helland on September 20, 1924.  The youngest of four children, she was fondly nicknamed “Babe”.  After being raised on a farm, Gloria then experienced city life in Washington D.C., as well as Seattle where she worked on B-29 bombers for Boeing during WWII.  On June 29, 1946, she married Frank Andrews in Grand Forks, North Dakota, and in 1948 they moved to Fernan, Idaho. Over the years their neighbors grew close and developed into lifelong friends.  Frank & Gloria celebrated 51 years of marriage before Frank’s passing in 1997.

Family was Gloria’s passion and raising five children kept her busy. Desiring to be actively involved in her children's lives, she was a Girl Scout Leader, a 4-H Leader, and a volunteer at St. Thomas the Apostle School and Church for many years.  She kept busy as a homemaker - gardening, baking bread, canning, sewing clothes for the family, and so much more. Her faith was very important to her and she participated in many bible studies.  She appreciated God’s handiwork.  She relished watching the wildlife that meandered through their ranch and she enjoyed feeding the menagerie of birds that lingered at her feeders.  Gloria and Frank enjoyed dancing and were members of the Coeurly Q's Square Dance Club.  Gloria also supported Frank's involvement in WWII reunions.  Gloria is fondly remembered for her sweet and gentle spirit.  She was quick to share a smile and offer encouragement.  Her love for the Lord overflowed and warmed the souls of those around her.

Gloria leaves behind five children & their families:  daughter Cathy, son Dale & Pattie, daughter Cindy & Terry, son Marc "Tamarack" & Susan, and daughter Laurie & Dan.  She is blessed with nine grandchildren and eleven great-grandchildren, plus numerous nieces and nephews.  Gloria is a member of Pope St. Pius X Catholic Church in Coeur d'Alene and resided at Wellspring Meadows Assisted Living in Hayden, Idaho, for the last three years of her life.  Funeral Mass will be held at Pope St. Pius X Catholic Church on Friday, April 23, at 2 pm, followed by a Celebration of Life luncheon at the church.  To view the Mass online go to https://stpiuscda.org/live-feeds.  If desired, donations may be made in memory of Gloria to Hospice of North Idaho, Schneidmiller House at 2290 W. Prairie Avenue, Coeur d'Alene, ID 83815, 208-772-7994.

To order memorial trees or send flowers to the family in memory of Gloria Andrews, please visit our flower store.
Send a Sympathy Card