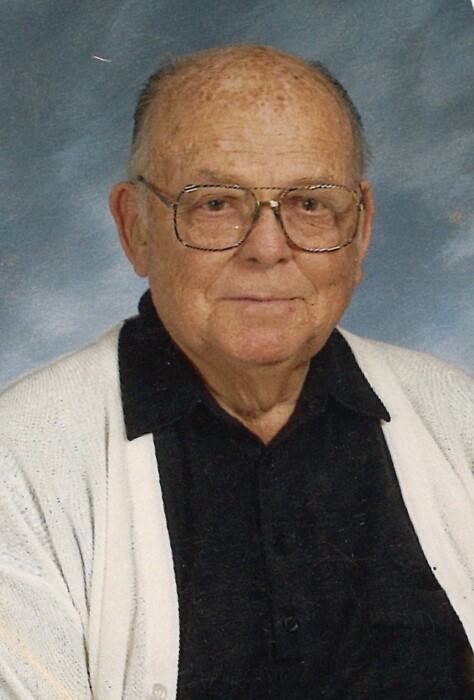 Jim grew up and lived in Coeur d’Alene, Idaho where he met and married his best friend Evelyn Chandler in 1953.

Jim went to work for the Department of Transportation U.S. Government and retired in 1977.

After he retired from D.O.T, Jim and his wife, Evelyn, started their own Real Estate office in which Jim was the broker. He also served our country in the U.S. Army and was honorably discharged.

Jim enjoyed many things such as stock car racing at State Line, with some of the big boys in the business. Christmas always brought out the biggest enjoyments for Jim, as each year he would call his grandchildren and other local children, as “Santa Claus” giving the children much joy. In later years, Jim and Evelyn began their yearly travels down South to warmer temperatures. They did this for nearly 30 years. While in Arizona, Jim took up jewelry making and made some beauties. He loved that.

Jim’s life was full as they had adopted two boys, and he loved and enjoyed them immensely.

He is preceded in death by his oldest son Dennis.

To order memorial trees or send flowers to the family in memory of Harvey "Jim" Bossingham, please visit our flower store.
Send a Sympathy Card