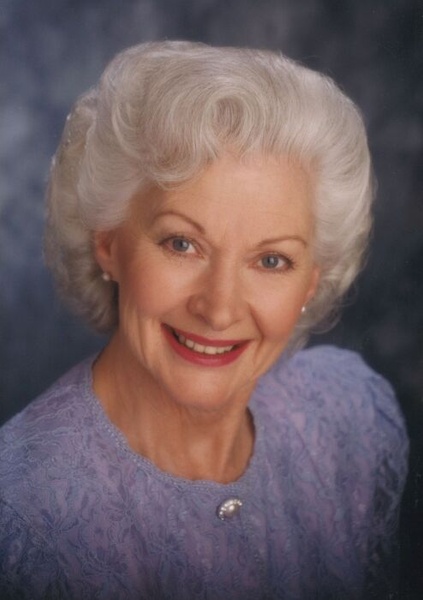 Hattie Rhee (Hodge) Miller Gottschalk was born on March 6, 1929, in Bristol, Va., to John Horton Hodge and Helen Edith (Winebarger) Hodge. They moved from North Carolina to the Post Falls area in 1933. Another daughter, Patsy Hodge Pyle was born in 1942. She was in a tragic car accident and killed in 1963. The family moved to the Ross Point area on Seltice where her dad built and ran a service station and a small café which her mom ran for a few years.

Hattie Rhee attended the McGuire Rock Grade School and later graduated from Post Falls High School. She met a Marine, William Wesley Miller, at Playland Pier in 1945 and they were married at the Rock Church on McGuire in 1946. They lived on a farm at the foot of Best Mountain for four years and were blessed with daughter Janet Louise and a son William Daniel.

In 1950, they purchased a farm at the end of a road in the mountains of Cougar Gulch and were blessed with another son, Stephen Wesley, and two years later a daughter, Rose Mary.

In 1960, she moved into town and went to work at Bob Templin’s Grill, along with her mother, for 10 years. She divorced and moved to Spokane and worked for Pacific Northwest Bell Company.

In 1980, she married Leonard H. Gottschalk, a friend of many years. He retired from his job as an engineer for Burlington Northern Railroad. Hattie retired after 10 years with the phone company. Leonard had a cabin on the peninsula at Newman Lake and they enjoyed summers with family and friends.

She was a member of the Northwood Presbyterian Church in Spokane, where she and her husband attended. Later she attended the Coeur d’Alene Church of the Nazarene. She volunteered at Sacred Heart Hospital for 10 years and for three years at the Museum of North Idaho. She was given a gift of a wired-haired terrier Lenny, the only dog that was just hers, for 14 wonderful years.

Hattie moved back to Post Falls in 2001, where she purchased her home in Harbor Park Court. She loved her home and caring for her flowers and yard where she was blessed to remain until she passed. She looked forward to her family, especially her four children, and friends to come for visits.

Hattie liked gardening, sewing, cooking, canning and making huckleberry jam. Everyone enjoyed getting together for holidays and birthday celebrations. She was the master hostess and dessert was always her favorite part of the meal.

Through the years she and her husband Leonard enjoyed golfing. They played all the different courses and belonged to nine and 18-hole golf groups. After her husband passed she enjoyed taking cruises to the Caribbean, Panama Canal and Alaska.

Hattie purchased a timeshare in Puerto Vallarta and enjoyed many trips with friends and family there. She also made a trip to Hawaii with 3 widowed ladies to the Big Island for 6 weeks, and visited the islands of Oahu and Maui in the winter of 1995.

Hattie Rhee was named after her Aunt Hattie Josephine (who lived to be 96) and was now honored to have a great great granddaughter named Hattie Louise.

English Funeral Chapel is in charge of final arrangements.

The funeral services are 11 a.m. Tuesday, Sept. 14, 2021, at the English Funeral Chapel in Coeur d'Alene, Idaho. Pastor Ron Hunter will be officiating. There will be refreshments following the service and then a graveside service at approximately 1:30 p.m. at the Forest Cemetery.

In lieu of flowers the family requests donations to be sent to BillyGraham.org or by calling 1-877-247-2426.

Your browser does not support this video format. You should be able to view it in Chrome, Safari or Internet Explorer.
To order memorial trees or send flowers to the family in memory of Hattie Gottschalk, please visit our flower store.