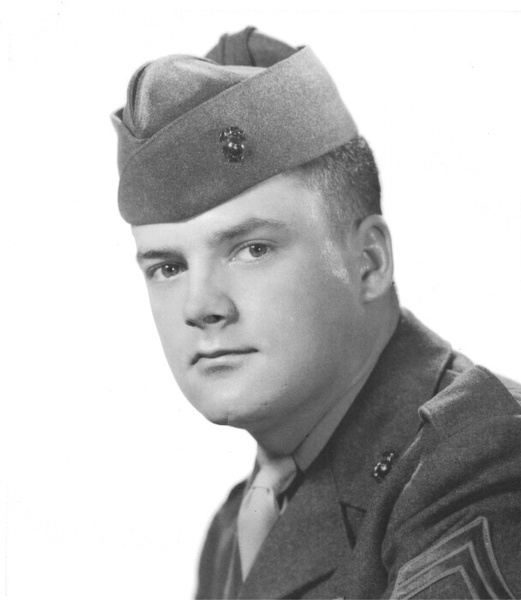 Howard Raymond Kahl, 83, died at home in Rathdrum, Idaho on January 27, 2022, of brain cancer two months after his diagnosis. He was born September 14, 1938, in Stillwater, MN, to George and Myrtle (Shepherd) Kahl.
Howard was a retired U. S. Marine Corps veteran. While in the Corps, he primarily served in Viet Nam and Taiwan and back home again in the U.S. as a Marine Corps recruiter. While in the Marines, Howard married Marjorie Jo Jagodnik. They had three sons, Kenneth Richard, Scott Allen, and Gary Stewart.
After his military retirement, Howard attended and graduated from Clackamas Community College (aka University of Clackamas at Beaver Creek) where he received his Associate Degree. He then attended and graduated from the Eaton Corporation Hydraulics Training School in Eden Prairie, Minnesota. He worked in hydraulics specifically for several years until he joined Hanna Carwash and traveled the U.S. installing and repairing carwashes for several more years. Howard also worked as the maintenance engineer for the Arlington Club in Portland, OR.
While working in Portland, he married Orla Kirking. They would continue working to support their normal home life and their love of “seeing the world” via books, video, and their own eyes. Howard had seen and lived in Asia and the U. S. while in the Marines. His hunger to see more and share his findings was well fed over the following years. He was fortunate to visit all fifty states, over seventy-five countries and all seven continents. He had to cancel his final cruise due to his illness.
Howard is survived by his wife, his three sons, three grandsons (Colby, Corbin, and Nickolas), two granddaughters (Jaymie and Emma), and three great grandchildren (Camryn, Claire, and Wesley). Howard was predeceased by his parents, his twin sisters (Barbara Turnblad and Patricia Branch), brother George Kahl and grandson Casey Kahl.
A memorial service for Howard will be held in the spring at the Veterans Cemetery in Medical Lake, Washington. In lieu of flowers, please consider a donation to the Marine Corps Scholarship Foundation, providers of scholarships for the children of current and former enlisted Marines, or a charity of your choice.  Should you wish to attend the service, please contact Orla Kirking-Kahl for a notification when the date and time of the memorial service is known. English Funeral Chapel and Crematory has been entrusted with the care of Howard’s final arrangements.

To order memorial trees or send flowers to the family in memory of Howard Kahl, please visit our flower store.