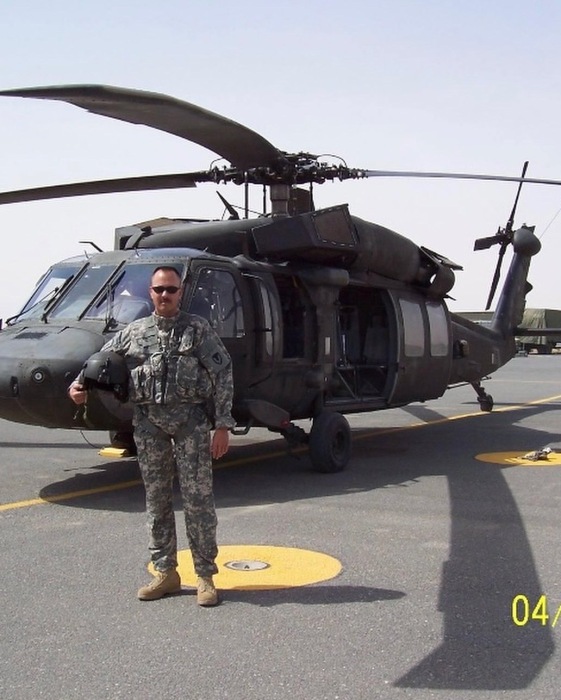 U.S. Army Veteran and retired Police Aviation Officer, Jack C. Jones Jr. passed away on Jan. 18, 2022, at the age of 54 surrounded by his loved ones who will continue to honor his life and service to others.

Jack was an Army Chief Warrant Officer 5 and Blackhawk helicopter pilot with 12 years of active duty service and nine years in the CA National Guard. He served two deployments to Iraq and Kuwait. He was also a Police Aviation Officer with the Fresno, Calif., police department. His service continued after his retirement as a Wounded Warrior's event coordinator. His time spent with Wounded Warriors filled his retirement years with purpose and fulfillment.

Jack was an avid outdoorsman who loved to hunt and fish with his closest friends and Uncle Pete in the Idaho mountains he called "God's Country." He will be remembered as a soldier who served his country with honor and a beloved son, brother, uncle, and friend.

Jack is survived by his mother and father and sisters, Barbara and Debbi, niece Jennifer, nephews Michael and Daniel, and closest friend John and many others who loved him.

A funeral service will be held at 9 a.m. on Jan. 21, at the English Funeral Chapel in Coeur d'Alene, Idaho, followed by a full Military Honors Ceremony at 11 at the WA State Veterans Cemetery, Medical Lake, Wash.

In lieu of flowers, the family asks that donations be made in his name to the Wounded Warrior Project .

Your browser does not support this video format. You should be able to view it in Chrome, Safari or Internet Explorer.

Your browser does not support this video format. You should be able to view it in Chrome, Safari or Internet Explorer.
To order memorial trees or send flowers to the family in memory of Jack Jones, Jr., please visit our flower store.
Send a Sympathy Card