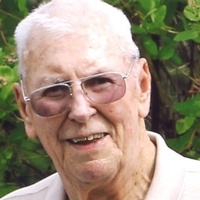 Jack was known for his constant love of sports, playing basketball in Cheyenne Wyoming High School, where in one game Jack scored 50 points. In 1954 Jack was awarded recognition as one of the top 150 basketball players in the country. After finishing high school, Jack joined the Marines and was shipped to Hawaii where he played basketball on the All Marine Corps Basketball team.

After discharge from the Corps, Jack made a home in Boise, working for Blue Cross of Idaho, finally reaching the position of Director of Marketing in the Central Offices of Blue Cross. Jack loved his work and made it his challenge to succeed.

After retiring from Blue Cross in 1985, Jack returned to Hayden Lake where his family resides to this date. After a severe injury to his leg, Jack took up another sport and played golf. In several rounds of golf, Jack scored 64 and at one time held the course record at the Coeur d' Alene Golf Course.

Jack requested that no services be held or flowers be sent. Any donations should be sent to Wounded Warrior Project or Kootenai Humane Society at P.O. box 1005 at 11600 N. Ramsey Rd. Hayden Lake, Idaho.

Jack will be greatly missed by his many loyal friends. He was a man with character and he had a great sense of humor. A private family gathering will be held in the spring and a Celebration of Life will be held next summer.

To order memorial trees or send flowers to the family in memory of Jack Mitchell, please visit our flower store.
Send a Sympathy Card