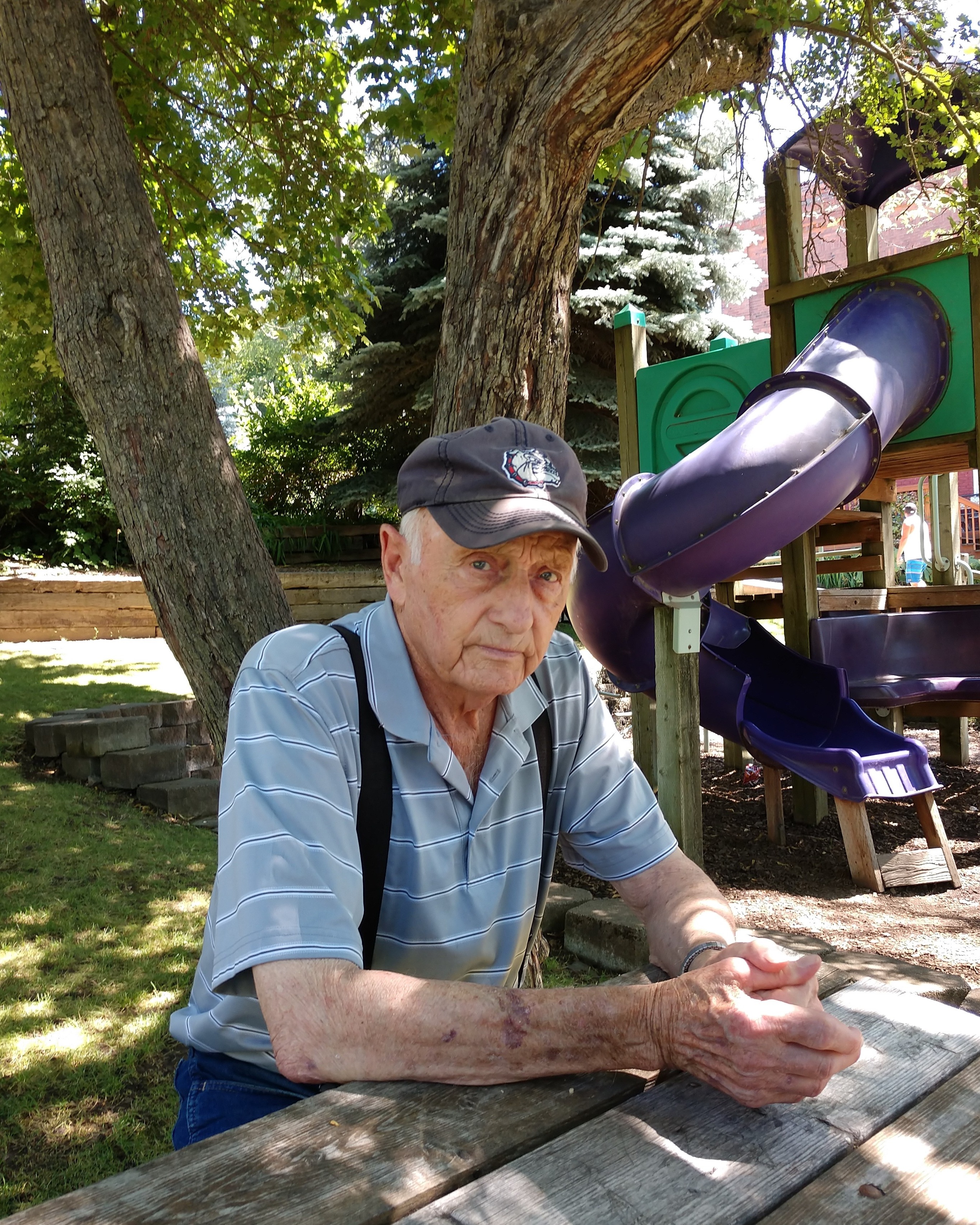 Jack was born in Lane, Idaho on March 19, 1932 and spent most of his formative
years growing up in Harrison, Idaho working with his brothers Art and Roy on
their family’s ranch on the Harrison Flats. While in high school, he participated in
every sports program offered: basketball, baseball and boxing and excelled in all.
He met the love of his life, Marjorie Johnston in 1952 who was born and raised in
St. Maries, Idaho. They welcomed their daughters, Linda Emily in 1953 who
passed in 1996 leaving behind three children, Matthew Varela, Katie McGinty and
Christopher Jack Varela, all of California. Their second daughter, Brenda JoAnn
was born in 1955 who resides in Savannah, GA who has two sons, Jason
Ritzenthaler of Richmond Hill, GA and Daniel Ritzenthaler off Ashland, MA. Jack
also was fortunate to be blessed with 8 beautiful great grandchildren.
Jack built a successful business as a building contractor on a handshake. He loved
Coeur d’Alene and there aren’t many areas of the city that he hasn’t touched. He
not only had a strong presence in home building but built many commercial
buildings as well. If anyone approached him requesting him to sign a contract for
a build, he strongly advised them if his handshake wasn’t enough, they could “hit
the road”. Jack was most definitely a man’s man and it was well known by
everyone he came into contact with, that his handshake could break your hand!
Jack provided a great life for his family. They enjoyed spending weekends on the
lake boating and exploring the outdoor opportunities offered in surrounding
states. Once Jack and Marge were empty nesters, they enjoyed travelling all over
the US and Canada in their motorhome.
Jack was fortunate enough after losing his wife in 2001, to meet Lucille Collins
who became his long-time companion of 20 years. Lu quickly became a loving
member of our family. Lu passed on September 18, 2022 while in the loving care
of the wonderful staff at the Schneidmiller Hospice House, and Jack soon
followed. Jack’s family would like to extend their heartfelt thanks to all the
Hospice staff for taking such excellent care of our loved ones.

To order memorial trees or send flowers to the family in memory of Jack Schnabl, please visit our flower store.