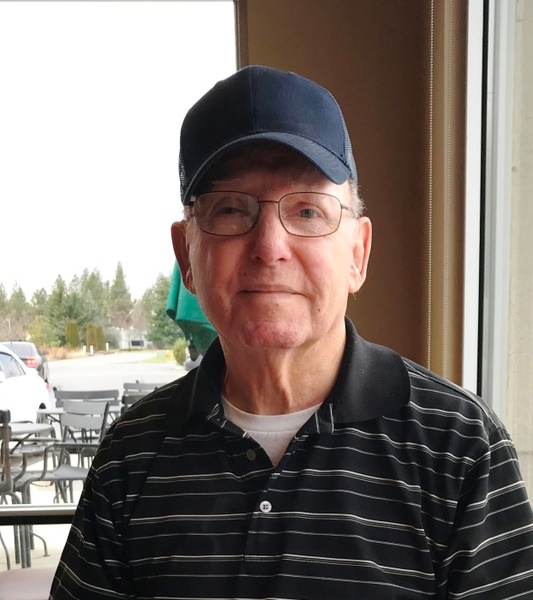 Jack was born April 6, 1936, in Hutchinson, Kansas, to Russel and Virginia Miller, the middle child of three.  Jack is survived by his eldest son, Scott (Alyda) Miller, Mitch (Joy) Miller, Mark (Paula) Miller, and step-daughters Sherry (Barry) Leonard, Andrea (Bill) Adams, and step-son Shawn Miller.  He is also survived by 11 grandchildren and innumerable great-grandchildren, nieces and nephews.  He is preceded in death by his wife of 43 years, Jacqueline (Jacquie) Marie Miller, his step-daughter, Lauri Tallon, his parents, and both siblings – Dale Miller and Barbara Miller.

Jack spent most of his working life as a technician in telecommunications and worked for Western Electric, Pacific Bell, AT&T, and finally Nokia.  He loved to travel and did a lot of it during his working years.  He also called many cities home – Hutchinson, KS; Long Beach, Temecula, and Stockton, CA; Atlanta, GA; and finally he, his wife and step-son settled in the quaint city of Hayden, ID.  He passed away at a loving assisted living home in Post Falls, ID after the death of his wife, Jacquie, in December of 2017.

In his retirement, Dad could usually be found with Shawn at a sporting event in Spokane or an antique car show in their vintage Ford.  Although he enjoyed the quiet of his post-work years, he stayed on-the-move, whether by chatting over coffee or trying to figure out the Internet.

Jack’s life will be celebrated with a private memorial by his family.  He will be missed.

To order memorial trees or send flowers to the family in memory of Jackie (Jack) Miller, please visit our flower store.
Send a Sympathy Card