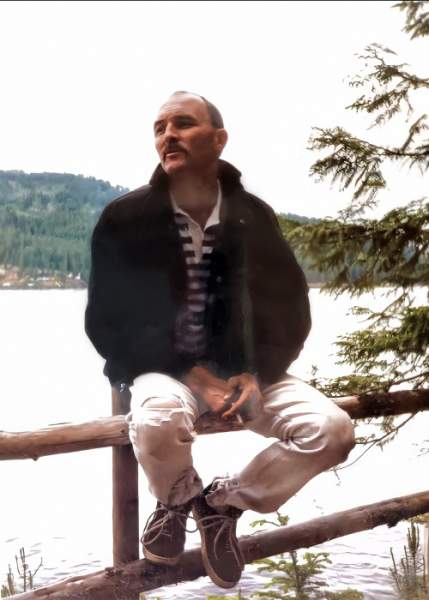 James “Jimmy” Brown left this world the same way he came into it: like a bat out of hell, on a mission. He was known by many as “the man.” A genuine badass whose last inappropriate joke was told on Aug. 15, 2020, that of which cannot be printed here. Jimmy enjoyed his steaks well-done, his nights long and his white Russians on the rocks. His regrets were few, but may have included having a truck painted the color of rainbow vomit, selling a few “choice” vehicles he once owned, and buying a timeshare.

Jimmy was world-renowned for his lack of patience, not holding back his opinion, and his knack for telling it like it is. He always told you the truth, even if it isn’t what you wanted to hear. He passed those traits onto his three kids: Jessica Brown, Wyatt Brown and Misty Bailey — for better or for worse.

As a teenager in Spirit Lake in the early ‘70s, there wasn’t always a lot to do, but running up and down a basketball court seemed like a good way to spend an afternoon to Jimmy Brown, and boy could he run. He ended up playing ball in college. He also did a stint working for a mink ranch in Spirit Lake; he ran from that, too. He had nothing but fond memories of growing up in that small town with his dad and best friend, James Brown, his adored mom, Marilyn Price Brown and four beloved sisters, Tina Coles, Holly Brawner, Melodee Riggers and Bethany McCabe.

Thanks to his love of animals, which Jimmy passed down to his three kids, his home often resembled a “Zoo for Misfit Animals.” When one of his kids would inevitably bring home another stray cat, dog, bird, squirrel, turtle, spider, rolly-polly, catfish or rock, he put on a show of anger and disapproval, only to turn around and name the damn thing and claim them as his own.

Among the many highlights of Jimmy’s life were the years spent working with Norm’s Utility Contracting, where his passion for moving copious amounts of dirt (and laying copious amounts of pipe) in the most glorious fashion got its start. After working at Norm’s for a good portion of his young adult life, he decided he didn't care much for being bossed around and started his own company of moving dirt from one place to another. He had a never ending amount of stories from his time working at Norm’s. We’re not sure what the statute of limitations are, so I’ll leave it at that.

There is so much to this great man that words can never do him justice. He lived a life full of tomfoolery, laughs and love. Although the words of a judge, said to Jimmy on a fateful day at court, sums it up pretty well. “This isn’t the Wild West, and you aren’t Wyatt Earp.”

He was never one for sentimentality, but he wants you to know that if he owes you a drink, you can find him in heaven and he will gladly allow you to buy him another one.

To order memorial trees or send flowers to the family in memory of James Brown, please visit our flower store.