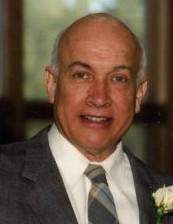 The son of James and Virginia (Veith) Geddes, he was born in Huron, South Dakota on December 19, 1940.  Mike spent most of his childhood years in the Midwest where he was raised in Lincoln, Nebraska with his sister, Sue.   As a young adult, California became his new home, where he met his beloved life-long wife of 57 years, Sharon, through her friendship with (Mike’s sister), Sue.

During their time in California, with a desire of owning his own business, he was a franchise owner of a Texaco service station, and later partnered with his wife, Sharon, to open a 7-11 store in Santa Cruz, CA.  He continued his career as an auto mechanic working his way up to being a shop foreman at multiple automotive dealerships both in California and Washington specializing in Volkswagens, and finishing his career in beautiful Coeur d’Alene.

Mike served as an Elder at Coeur d’ Alene Bible Church, as well as on the Missions committee.  Later, he taught adult Sunday school classes and sang in the choir at Post Fall Baptist Church.  He also had a heart for homeless men where he ministered to them at the Union Gospel Mission.

Mike certainly left a legacy by demonstrating a Christ-centered life with love and compassion for others, as well as the importance of living a life of integrity and courage.

To order memorial trees or send flowers to the family in memory of James Geddes, please visit our flower store.