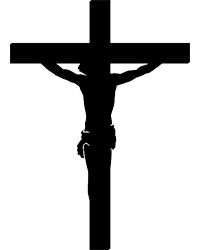 Jim went on to become a police officer with the city of Rohnert Park, Calif., in 1968 and worked until his retirement in December of 1998. During his tenure with the city of Rohnert Park, he met and married Susan Carrigan in October of 1980 and adopted their son, Michael. While working as a police officer, Jim went back to school earning a Ph.D. in psychology. He became a family psychologist for many years while working for the Rohnert Park Police Dept.

After retirement, Jim enjoyed traveling in their RV with his family and soon settled in Coeur d'Alene, Idaho, near family. Following his move to Coeur d'Alene in 1999, Jim became a respected family and marriage counselor while specializing in family counseling. He was actively involved in the VFW and served as post commander. He also enjoyed working with the Devil Pups, an organization dedicated to teaching boys and girls self-discipline, respect for self and others and how to have self-esteem.

Jim is survived by his wife, Susan, son Michael (Jessica) and granddaughter Amelia.

Jim was a parishioner of Immaculate Conception Church in Post Falls where a Rosary will be prayed at 7 p.m., on Thursday Dec. 9, 2021.

To order memorial trees or send flowers to the family in memory of James Park, please visit our flower store.
Send a Sympathy Card