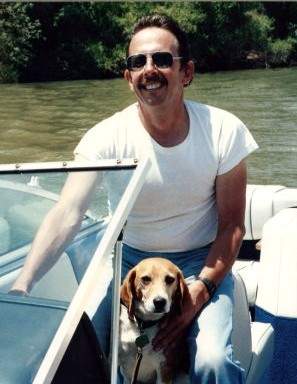 James David Strand went home to the Lord on Sunday, November 3, 2019, immediately following his church attendance at Real Life Ministries in Post Falls where he had been a member since 2004. James, (called Jim), was born to Stanley Gerald and Hilda Strand in Minneapolis, Minnesota on October 21, 1941. He was the youngest of 4 children. The family moved to Illinois, New Jersey and eventually to Kansas City where he graduated from High School and from Finley Engineer College in K.C. Missouri. During his seven years in New Jersey, he became an avid Dodger fan and was able to attend several games. He also loved his Kansas City Chiefs and never missed a game.

Jim was on active duty with the Army beginning in October 1966 and ending with an honorable discharge in September 1970. Following several years of employment at McDonald Douglas in St. Louis and several other employments, he began working for the County of Sacramento, CA.  He retired after 20 plus years and moved to Rathdrum, Idaho.

During his years in the Sacramento area, Jim attended Fair Oaks Presbyterian Church and served for many years as a Sunday morning usher.

Jim loved and was loved by his two surviving sisters; Joyce Marvel of Grapevine Texas and Virginia Renz of Post Falls, Idaho. He was preceded in death by his older brother Stanley Gerald Strand Jr. and their parents.

Jim enjoyed many family visits with his siblings and their children, his nieces, and nephews. He vacationed with the families to many places; Lake Tahoe many years, Texas, New York, Washington D.C., Europe and Israel. He was thrilled to be baptized in the Jordon River while in Israel. One of his favorite activities with the family was playing cribbage and this was often with the children of his nieces.

His last year and a half was spent at the Garden Plaza in Post Falls where he enjoyed good dining and Holiday Parties.  Many have commented on his faithfulness to church attendance even in incumbent weather and with compromised health. So, it seemed divinely appropriate that God should choose a Sunday morning to call him home.

The family and friends have planned a graveside service for Friday, November 8th at 10 AM at Evergreen Cemetery,  2834 N Spokane St, Post Falls, ID with, his niece’s husband, Pastor Paul Schroeder and Pastor Greg Torbin officiating.

To order memorial trees or send flowers to the family in memory of James Strand, please visit our flower store.