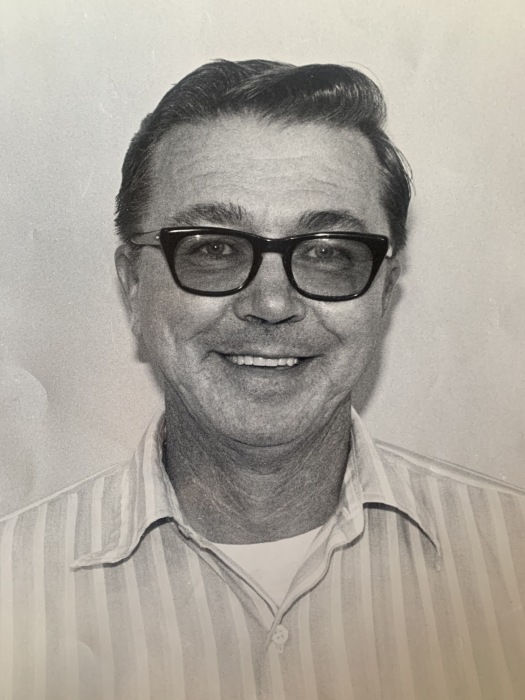 James “Jim” Ferrell Winger passed away surrounded by family members on Tuesday, March 17, 2020 in Coeur d’Alene at the age of 84.

Jim was born on February 3, 1936 in Arco, Idaho to James Winger and Gean Winger (Hejtmanek). He attended Butte County High School in Arco where he was class president, an outstanding athlete, voted “Mr. Personality.” From an early age, Jim loved hunting elk and pheasants, as well as fly fishing and being outdoors.

He received a West Point appointment but ultimately decided to pursue a degree, and graduated from Idaho State University with a Bachelor of Science in 1958. After a stint as a grad assistant at Florida State University, he was drafted to the Army and spent 2 years in Georgia before relocating to Coeur d’Alene.

Jim took a position with the Idaho Division of Highways in 1961 and never looked back. He built many lifelong relationships during his 34 years of work as a District Materials Engineer. His biggest projects included Lookout Pass, Centennial Bridge, Sandpoint Bypass, Wallace Viaduct and Bennett Bay Bridge. Jim touched nearly every inch of highway in the district in one way or another. He was also a proud member of the Idaho Association of Geology. In his free time, he spent numerous weekends snow skiing in Banff, Canada and often golfed in a men’s league - with a 5 handicap. He also helped develop the back 9 holes of the Coeur d’Alene Public Golf Course.

Jim met his wife Gay (Carlberg) while out dancing in the summer of 1962. Gay was teaching in Vancouver, WA at the time, but eventually returned to her hometown and the two married at St. Thomas Catholic Church. Throughout their early days, they enjoyed dancing the jitterbug, bowling and golfing.

They welcomed two sons together; Jim (1965) and Mike (1967). Jim never missed a celebration, school activity or sporting event. The proudest moments of his life included watching his sons play at Gonzaga University on scholarship and marry fellow Gonzaga alums (Teri and Anne). The family often joined Jim’s father to fish and hunt throughout the Idaho area, with their beloved yellow lab “Teddy.” Jim repeatedly said the best thing he ever did was marrying Gay and having his two sons, and getting to watch his grandchildren grow up.

After retirement in 1995, Jim liked to play cards with his buddies, read science magazines, and keep up with the news.  He was a great writer and had several stories submitted for publication. Jim & Gay loved to travel, with highlights in the Grand Canyon, Hawaii, Australia & New Zealand area, Las Vegas, and the Oregon coast. It was also no secret that the Coeur d’Alene Casino loved the Winger’s.

He proudly watched his grandkids play sports and his son’s coach, and was a devoted GU basketball fan. Jim was known to be a frequent customer of Super 1 and a longtime member of the Coeur d'Alene Elks and Eagles Club.

Nicknamed “The Smooth”, Jim was known for his sense of humor and candor. He was stubborn, generous, kind and a great mentor. He was always prepared with a new joke at every holiday gathering and routinely said, “family, family, and family” were the top three most important things in his life. He is survived by his wife of nearly 56 years, Gay; two sons, Jim (Teri) and Mike (Ann), as well as his four grandchildren (Katie, JJ, Sue, and Michael Winger).

Papa Jim was deeply loved and will be profoundly missed.

Due to the current Coronavirus concerns, a memorial service will be held at a later date.

To order memorial trees or send flowers to the family in memory of James Winger, please visit our flower store.
Send a Sympathy Card