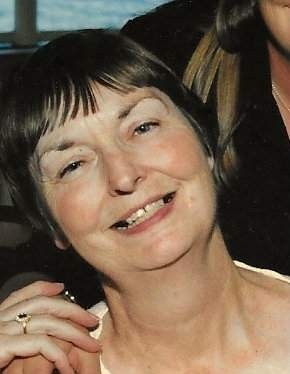 Jane Ann Thompson, 81, passed away Feb. 7, 2020, at the Schneidmiller Hospice House after a long battle with dementia.

Jane was born on Aug. 15, 1938, to Bruce and Beulah Newman in Twin Falls, Idaho. She was the second youngest sibling and the only girl; with four brothers: Carl, Lloyd, Lyle and Larry. She spent her childhood in southern Idaho and graduated from Twin Falls High School in 1956. She had met her future husband, Richard, through mutual friends while she was still in high school and he was attending Idaho State University. Upon graduating, Jane moved to Salt Lake City, where she attended Brigham Young University. Richard left ISU and joined the Army while Jane was still at school. They had a long-distance relationship until they reunited while Richard was on leave for their wedding on Jan. 17, 1959.

After Richard had finished his service in the Army, they realized there were few opportunities in southern Idaho in the early ’60's, so they packed up their things and moved to the Los Angeles area. They settled in Redondo Beach, Calif., where Jane worked as a legal secretary and Richard as a surveyor for the city of Los Angeles. In 1966 they had their first child, Eric, and decided after a few years that they didn’t want to raise children in California. So, in 1968, they moved back to the home state of Idaho, to Hauser Lake, where they bought land and built Lakeview Mobile Park. Their second child, Jennifer, was born there in 1970. After getting the Park established, Richard started a career as a timber cruiser, while Jane took care of the mobile park and the kids.

In 1985 they decided to move on from being landlords and bought a piece of property east of Athol on a private airstrip, where Richard would build her dream home. Jane began working for Silverwood as the head secretary, where she had a hand in getting the place opened. Due to a back disease, Jane slowed down on working. The cold weather here was no longer her friend and during this time they were fortunate enough to have the opportunity to purchase a little house in Ajo, Ariz., where they were snowbirds for the last 25 years. She really loved the time that she got to spend there.

There were many things that brought joy to Jane’s life. In her spare time she enjoyed going to garage sales, doing stitchery and she was an avid reader, going through a book a day at times. She was a fabulous cook and liked to take cooking classes and try new recipes that we all enjoyed. She spent time on the board for the League of Women Voters, where she would travel the state with them. In her younger years, Jane really enjoyed flying with Richard and later on, traveling in the motorhome, to air shows around the country. There was a week out of each summer for many years where all her brothers and their families would meet for camping and fishing.

The family would like to send a special thank you to all that took care of Jane in her final days at the Schneidmiller Hospice House. A private family celebration of life has been held.

To order memorial trees or send flowers to the family in memory of Jane Thompson, please visit our flower store.
Send a Sympathy Card