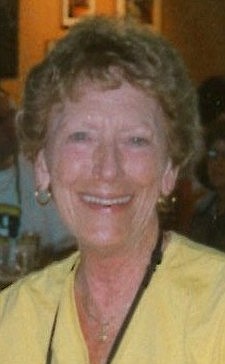 Jean Ann Nelson passed away on May 20, 2020. She was born Nov. 27, 1930, in Stambaugh, Mich., where she spent her childhood. Jean married Howard Nelson on May 27, 1950. In 1951, Jean and Howard followed a group of family members to Idaho to work in the lumber industry. They initially lived in Stites, later moved to Kooskia, and in 1962, settled in Kamiah, where they lived for over 40 years.

She was preceded in death by Howard in 2008 and moved to Coeur d’Alene in 2012 to be closer to her children and grandchildren. She is survived by daughters Kristy Bremer and Kathy Schultz (D.J.); son, Ron Nelson (Jennifer) and niece, Penee Paine; grandchildren Blane Bremer, Stephanie Weathers, Carson, Andrea and Evan Schultz, Blaike, Maicy, Cole and Molly Nelson, and Andrew, Hannah and Danielle Paine; sisters, Linda Kersman and Karen Bradsteen; along with numerous other relatives and many wonderful friends.

Mom had the ability to balance a career and take care of her family. She was amazing at both. Mom and Dad never missed a game or school function. Their home was a place where friends and relatives were always welcome. Mom was truly a great host. You could sit at Jean and Howard’s table, be fed and counseled at the same time.

Jean worked for Shearer/Bennett Lumber for 45 years. Her job was an important part of her life. She took great pride in making sure that the company was successful.

Many good times and memories were made at the family cabin they built in Mallard Creek, in 1981. Hosting family and friends year-round, the cabin was their home-away-from-home. There were countless snowmobile adventures in the winter and summer four-wheeling, fishing and fireworks. Great times were had by everyone.

Jean was strong, tough and candid. You always knew where you stood with her and she had a huge heart. She would help anyone at the drop of a hat. Her Catholic faith was very important to her. She was very involved in St. Catherine’s church throughout her years in Kamiah in numerous ways.

To order memorial trees or send flowers to the family in memory of Jean Nelson, please visit our flower store.
Send a Sympathy Card