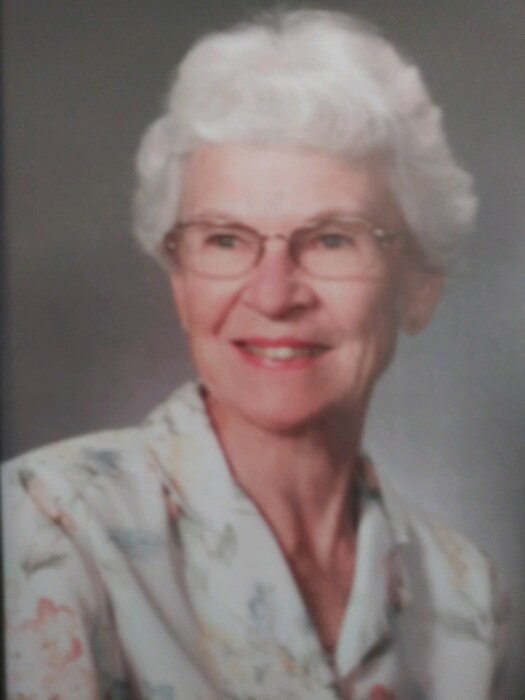 Our dearly loved mother, Jean Esther Thomas, of South Jordan, Utah passed peacefully from this life on January 25, 2022 at the age of 90.
She is survived by her three children, Cheryl Thomas of South Jordan, Utah, Warren Thomas (wife Ruth) of Pasadena, California, and William Thomas (wife Terri) of Greenville, Illinois and her sister, Ann Marie Peavy of Chewelah, Washington.
Jean was born November 14th, 1931 to Warren and Esther Thomas in National City, California. She was the oldest of three daughters.
Jean graduated from Chula Vista High School in 1949. She married William Culwell Thomas (yes she married a man with the same last name) on June 10, 1951. They started their life together in Texas where Bill had his first job and quickly grew their family to four with the births of Cheryl and Warren. After moving back to the San Diego area, they completed their family with the arrival of little Bill.
Jean became a busy mom and a beloved Girl Scout leader and Officer in the PTA and was very accomplished at counted cross stitch. As her children began to leave home for college, Jean became a school bus driver and reentered college to complete the education that marriage suspended. She attended National University and graduated with a Bachelors of Science degree in Accounting. She worked for several years as an Investment Accountant for Insurance Company of the West.
Jean eventually retired and moved to the Spokane area. Her retirement was often occupied with Volkswalk trips to all 50 states and dozens of countries around the world. Each Volkswalk involved at least one 10k walk. Jean walked thousands of miles across the globe.
For the last few years, Jean has lived with her daughter, Cheryl, in the Salt Lake City area. They enjoyed many walks, the theater, church and, of course, family.
At her passing, Jean had three children, 10 grandchildren: Terah, Jessie, Michael, Jesse, Rebecca, Robyn, Ryan, Cambria, Alyson and Anya, and 24 great grand children. She leaves a legacy of love and joy for each generation. She was never without a smile.
Jean will be interred in Coeur d’Alene, Idaho where several family members reside and close to her home in Spokane.
A memorial service will be held in June in Coeur d’Alene.
Our mother was dearly loved by all who knew her but especially her family. She looked forward to being with her Grandma Craft again in heaven.

To order memorial trees or send flowers to the family in memory of Jean Thomas, please visit our flower store.
Send a Sympathy Card