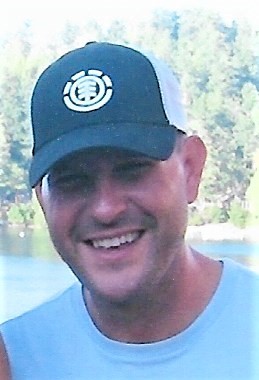 Jeffrey R Cardinel passed away peacefully at his home in Seattle on May 10 ,2020 at the age of 50.

Jeff was born on July 23, 1969 in Anaheim, California to Robert and Carol Cardinel. His younger brother, Doug, came along shortly after in 1973. The family moved to Orofino, Idaho in 1974 and then to Sandpoint in 1979 where Jeff grew up and graduated from Sandpoint High School in 1987. When Jeff was young, he appreciated anything aviation related, and enjoyed traveling with his bowling leagues, skiing Schweitzer Mountain with friends and spending time on beautiful Lake Pend Oreille.

After graduation, Jeff ventured to California briefly for work and spent valuable time with his Grandmother. He then returned back home to Coeur d’Alene where he earned his Associates Degree in CAD Drafting & Business Management through North Idaho College. Afterward, Jeff moved to Moscow where he attended the University of Idaho to study business management and marketing.

Jeff’s natural skills and expertise in the hospitality industry were quickly recognized once he moved to Seattle, Washington in 1997. He worked for the Westin Hotel for a short period of time and then quickly found his home at the Sheraton Grand Hotel downtown Seattle where he spent over 22 years as an Executive Meeting Specialist and Event Manager. Jeff made many amazing friends at the Sheraton, who he truly loved and cared for like family.  The Sheraton provided opportunities for Jeff to meet and entertain people from all over the world.

From a young age, Jeff had developed a deep infatuation with anything and everything aviation related, which in turn evolved into a lifetime of travel. Growing up, many Saturdays were spent with his family at the Spokane International Airport where Jeff enjoyed watching all of the airplanes take off and land. As an adult, Jeff continued his aviation dreams by discovering favorite new destinations such as Hawaii, Mexico, Europe and Canada. No matter where Jeff traveled, he always made great new friends. His passion to explore new cultures, cuisines, beaches and sunsets in the company of his friends and family became his favorite pastime.

Throughout the years, Jeff never missed an opportunity to spend time with his favorite niece and nephews. He treasured his time with each one of them.  When the kids were young, he would laugh and joke at all of their antics. Jeff was always the “Cool” Uncle. Every trip he made to Idaho, brought the kids such joy and fascination as he arrived on “Jeff’s airplane” (an airline) or drove over in “Jeff’s new car” (a rental car).  Even when the family visited Seattle, the highlight of the kid’s journey was to stay in “Jeff’s hotel” (the Sheraton). Later as the kids reached adult-hood, Jeff loved and cherished each of their “semi” serious conversations all the while simply hanging-out together and enjoying their company.

Jeff will be remembered by so many things, but we will surely miss his signature grins, belly laughs, eye rolls, and his fun-loving personality, positive outlook and always caring ways. Our time with Jeff will be so deeply missed. We are forever grateful for all of the special moments with him. Jeff truly made the best of every opportunity and we are blessed to have had him in our lives, and are so lucky to have loved him and be loved by him. Along with his immediate family, Jeff also had a very large extended family that also loved and cared for him, comprising of his cherished friends and coworkers from the Seattle area and all over the world.

Jeff is survived by his parents, Bob and Carol Cardinel, his brother Doug Cardinel (wife Carla); niece Sydney and nephews Connor and Dalton, as well as many other loving family members. He is preceded in death by his grandparents Lyndel and Evelyn Shaw; Robert and Leona Cardinel.

Interment will be held privately with the family at a later date.

In lieu of flowers, friends and family who would like to honor Jeff may make a contribution to the Make-A-Wish Foundation where Jeff was a proud volunteer.

To order memorial trees or send flowers to the family in memory of Jeffrey Cardinel, please visit our flower store.
Send a Sympathy Card