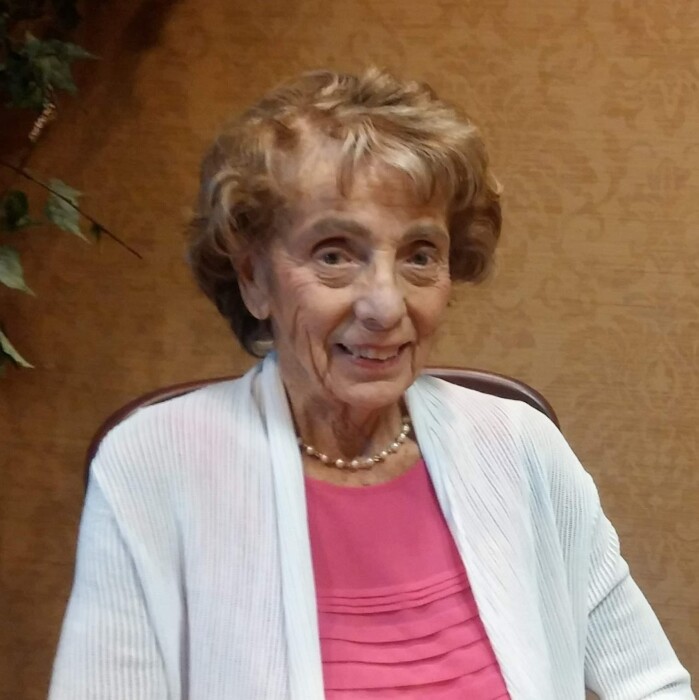 Jennie Anne Parden, age 94, of Hayden, ID, formerly of Post Falls, ID, and a sixty plus year resident of Virginia, MN, passed from this world into God’s hands on Sunday, January 2, 2022 at Wellspring Meadows Assisted Living in Hayden.
Jennie was born in 1927 to Simon and Johanna (Brince) Zupin in Ely, MN, where she grew up and developed her love of the great outdoors. Her parents were first generation immigrants, and Jennie grew up fluent in English and Slovenian. She was a 1945 honors graduate of Ely Memorial High School, where she worked on the school newspaper. She also enjoyed working as a waitress at Vertin’s Café and was the Miss Ely runner-up. Jennie was recruited from her studies at the Ely Community College to become a secretary for US Steel (formerly Oliver Mining Company) in Virginia, MN, where she met her husband, John B. (“Jack”) Parden.
Jennie was united in marriage to her loving husband, Jack, on November 18, 1950 at St. Anthony’s Catholic Church in Ely and thereafter they resided in Virginia, MN. Jennie was an active member of the Holy Spirit Catholic Church and, with Jack, managed and ran its fall festival for 15 years. She was a member of League of Women Voters and volunteered for various organizations, including Virginia’s Concert Series for over sixty years.
Jennie and Jack had many adventures together traveling and recreating outdoors with family and friends. Jennie spent her married years fishing, hunting, and camping with Jack and her children in the North Woods of Minnesota. She and her family spent many happy days at their family cabin on Crane Lake near the Canadian border, where they had numerous lifelong friends. Jennie was known for her gracious hospitality, hosting friends and relatives at the family cabin and their home. She had dozens of close, lifelong friends, enjoying lunches and bridge parties with them throughout her life. Jennie was an accomplished seamstress and cook. Living in a cold climate, she took every opportunity to soak in the sun on warm days. She enjoyed the times she spent with her husband, her children, and her grandchildren, including shopping with the girls. In later years, she joined a local yoga group and became a dedicated practitioner. Jennie and Jack moved to Garden Plaza in Post Falls, ID in 2012 to be closer to family and their three grandchildren. They were active bridge players their entire lives and were able to continue playing after their move. In early 2021, Jennie moved to Wellspring Meadows, Hayden, ID.
Jennie is survived by her son, Patrick (Bonnie) Parden of Hayden Lake; her two daughters, Shannon (Scott White) Parden of Sandia Park, NM and Mary Colleen (Daniel) Crawford of White Bear Lake, MN; her three grandchildren, Andrew Parden, Kristin (Erik) Johnson, and Lindsey (Chris) Anagnostopoulos; four great-grandchildren; a number of godchildren; and a number of nieces and nephews.
Preceding Jennie in death were her parents, Simon and Johanna; her husband of 67 plus years, Jack; her two sisters, Anne Pucel and Mary Loushin; and her brother John Zupin.
The Parden family wishes to thank the staff at Wellspring Meadows, Hayden, ID and Auburn Crest Hospice, Coeur d’Alene, ID for their compassion and care of Jennie. The Parden family also wishes to thank the staff and Jennie’s friends at Garden Plaza, Post Falls, for their kindness to Jennie. In lieu of flowers, memorials are preferred to the Virginia (MN) Community Foundation (www.virginiafoundation.com) or the Post Falls Food Bank.
A Funeral Mass and Celebration of Life in Hayden, ID will be scheduled at a future date followed by inurnment at the Veteran’s Cemetery in Medical Lake, WA, where Jennie will join Jack.

To order memorial trees or send flowers to the family in memory of Jennie Parden, please visit our flower store.
Send a Sympathy Card