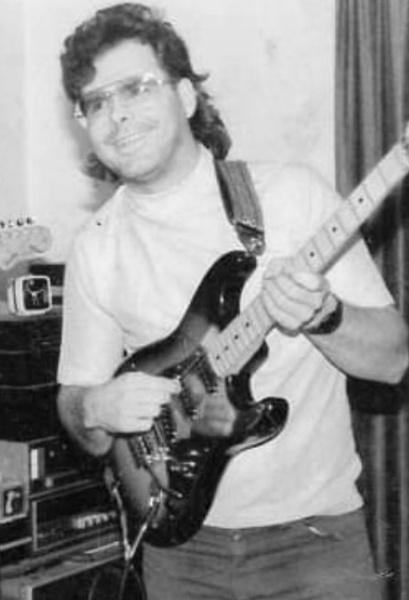 In grade school, he drew hot rod cars, glued together many model cars, and enjoyed building miniature train sets.  He was academically affluent.  At age 14, his mother bought his first guitar.  He subscribed to and collected numerous magazines such as Hot Rod, Car & Driver, Hot Rodding, Guitar Player, and Model Train Building.

Jerry worked road construction, drove dump trucks, and transported machinery.  He was an equipment operator, welder/mechanic, and laborer.  His hobbies included 1950's – 1980's GM cars.  He was a Model T bucket/rat rod engineer and designer.  He became an accomplished guitarist, and progressed quickly into lead guitar; he also learned to refurbish guitars and amplifiers.

He was a creative, fun loving gentle soul who was generous, kind, and fair in all of his affairs.  Children, animals, and especially cats, were attracted to his gentle nature.

Jerry is survived by his parents Glenn Waddell, and Margie Kiser Waddell, and his little brother Monte Waddell.

To order memorial trees or send flowers to the family in memory of Jerry Blake Waddell, please visit our flower store.
Send a Sympathy Card