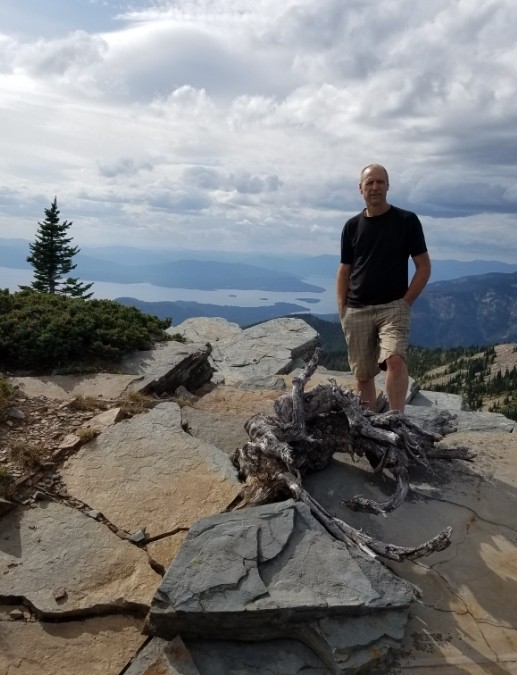 Jim Andrew Cysewski passed away on June 27, 2020. Jim was born in Renton, WA on August 29, 1961 and was the fourth son of twelve children born to John and Magdalene Cysewski. He grew up in the North Idaho area on the family farm. Since he was very young, family was his top priority. His brothers and sisters say he was always the go-to guy in times of need and would all describe him as a friend and a valued example. Raising his own family was a big goal; he married Pam and instantly became the loving father of her two boys, Joshua and Nicholas, and soon followed Chad, Olivia, and Jessica. As the years went on, his family grew, and he became the loving grandfather to nine grandchildren. Through the years he became an example to each of them of service and love helping all around him at the expense of doing those things that he enjoyed to do. He loved spending time with his family hiking, boating, motorcycling, working on cars and other projects, and any other outdoor pursuits. Jim is smiling down and will be keeping an eye on his beloved wife, Pamela Cysewski, and his five children and their families; Joshua, Karlee, Leah, and Autumn; Nicholas, Briana, Jaxon, Jordin, Carson, and Peyton; Chad, Lacey, Elijah, Isaiah, and Axel; Olivia; Jessica and Will. He is also survived by his mother, eleven siblings, and their extended families. Jim is preceded in death by his father, John. An open-house memorial service will be held at the family home on Friday, July 3rd from 5-8pm. In lieu of flowers, please donate to the funeral expenses at gf.me/u/ycm6fh.

To order memorial trees or send flowers to the family in memory of Jim Cysewski, please visit our flower store.