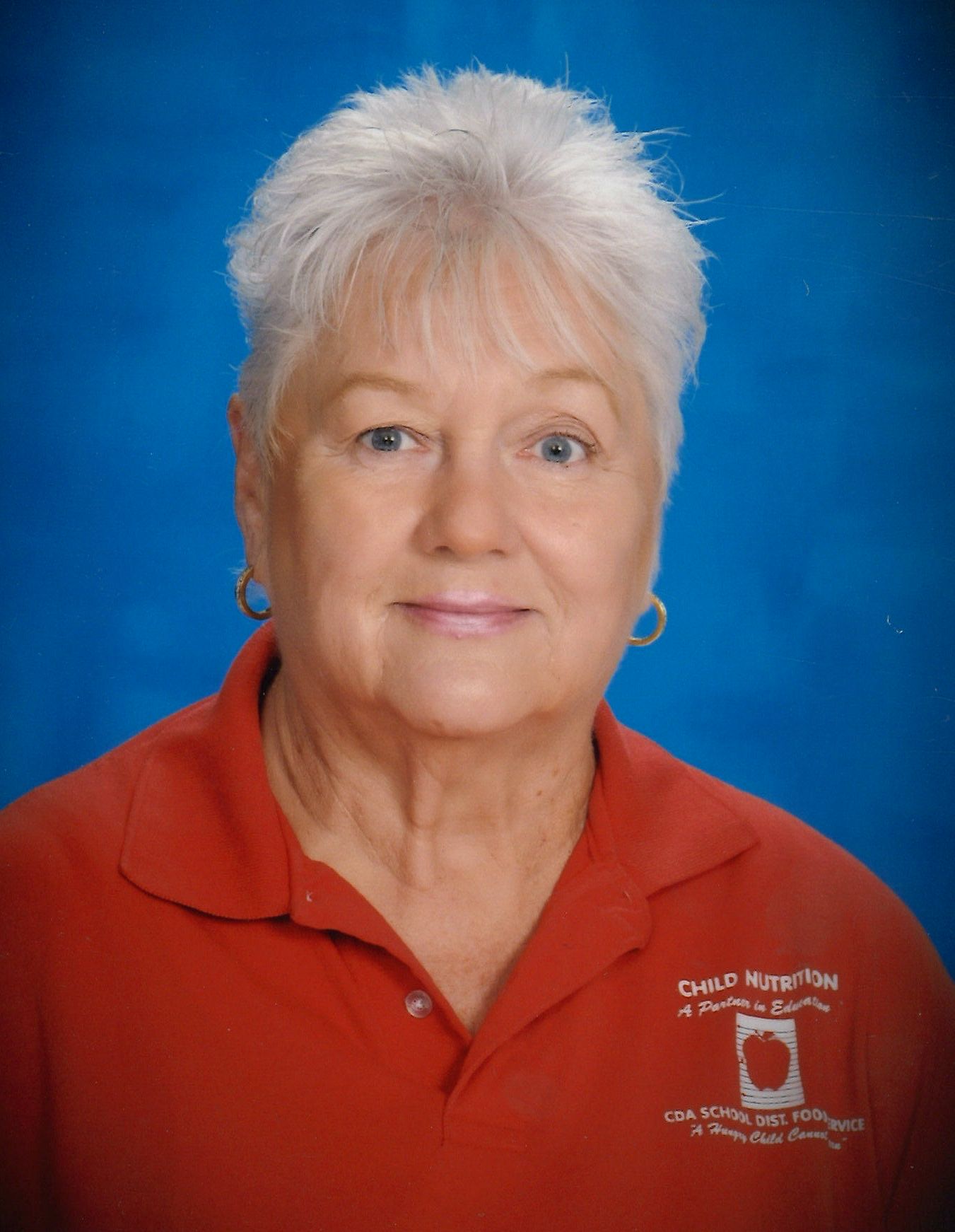 Joan Marie Thorsness, 78, of Coeur d'Alene, ID, passed away peacefully on 14 February 2022 after a short illness.

Joan was born on 14 June 1943 in Minneapolis MN to Ray and Treen Barkley.  Shortly after Joan's birth, her mother Treen passed away and Ray brought Joan and her twin sister Joyce to Coeur d'Alene, where Ray met a wonderful woman named Mabel.  Ray and Mabel wed, giving Joan and Joyce a wonderful mother to help raise them.

Joan graduated from Coeur d'Alene High School in 1961.  Her upbringing taught her to work hard.  Starting as a young teen and for the next 24 years, she was a waitress at the famous Tony's restaurant on Lake Coeur d'Alene.  She then moved on to work for Tidyman's Grocery in their meat processing department.  Everyone who worked with Joan truly appreciated her work ethic and enjoyed her sense of humor.  After leaving Tidyman's, Joan wasn't one to stay idle.  She found her niche working in a few school kitchens in the area.  She adored seeing all the young faces everyday and being able to chat with the kids as they came thru the lunch line.

On 1 February 1963, Joan married Larry Thorsness, another Coeur d'Alene native.  They had two sons, Jay and Scott.  She was always supportive of the many activities the two boys were involved in.  She made sure she attended every motorcycle race Jay was racing in or sitting in the stands at Scott's baseball games.  If for some reason you couldn't get ahold of her, you would have a great chance of finding her on Sanders Beach on a sunny day.  Joan cherished the many friendships she made over the years and will be missed my many.

Joan was preceded in death by her father Ray, mother Treen, and step-mother Mabel.  She is survived by her husband Larry, son Jay and his wife Crystal, son Scott and his wife Jutta, 6 grandsons, and sister Joyce Stephenson.

In lieu of flowers, the family asks that donations be made to the Schneidmiller House or the Kootenai Humane Society.

To order memorial trees or send flowers to the family in memory of Joan Marie Thorsness, please visit our flower store.
Send a Sympathy Card