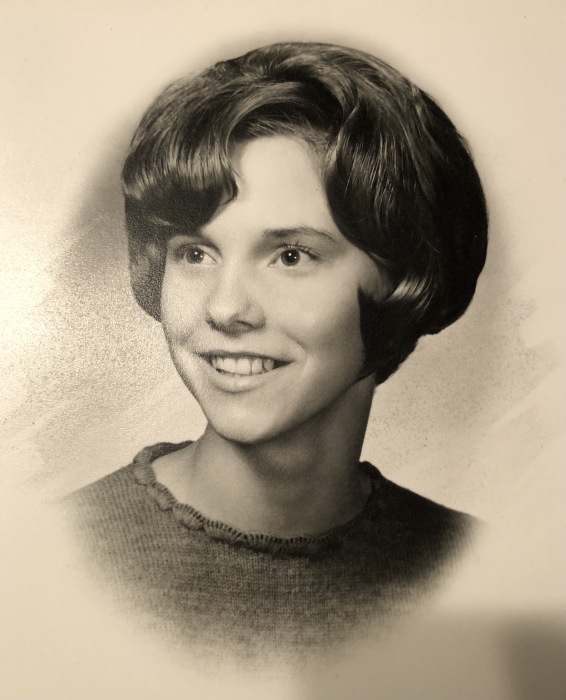 
Jo Anne was born in Jordan, Montana on October 2, 1947, to Bill and Mary Davenport. Jo Anne moved with her family to Post Falls in the early 1950s. The family lived on 10 acres on the prairie with cows and other farm animals. Jo Anne was the fifth of eight children. She graduated from Post Falls High School in 1966 and took some courses at North Idaho College. She took a job as a bank teller in Coeur D’Alene then moved with a friend to Seattle, where she worked as a billing clerk at Merrill Lynch. She then transferred to Merrill Lynch’s Spokane branch and lived with her brother Gary. She later worked at General Instruments in Post Falls. She and a friend then moved to the Los Angeles area, where she took a job as a billing clerk for her Uncle Everett’s x-ray machine refurbishing business. Her son Michael was born in 1978. Jo Anne and Michael moved back to Post Falls to be near family and Michael attended Post Falls High School.
Jo Anne was an avid reader and had a fine sense of fashion. She enjoyed needlework and spending time with her family. Her dog Joey was her constant companion for many years.
Jo Anne passed away on May 19, 2021. She was preceded in death by her parents and sister, Carol Anundson. She is survived by her siblings Bill Davenport, Sharon Condron, Judy Byxbee, Terry Driskel, Gary Davenport, and Randy Davenport; her son Michael; and many nieces and nephews.
The family would like to acknowledge the outstanding care that Jo Anne was given during her last days at Hospice of North Idaho in Coeur D’Alene. Donations in her honor may be sent there.
There will be no formal memorial service. A family celebration of Jo Anne’s life will be held in the summer of 2022.

To order memorial trees or send flowers to the family in memory of Jo Anne Davenport, please visit our flower store.
Send a Sympathy Card