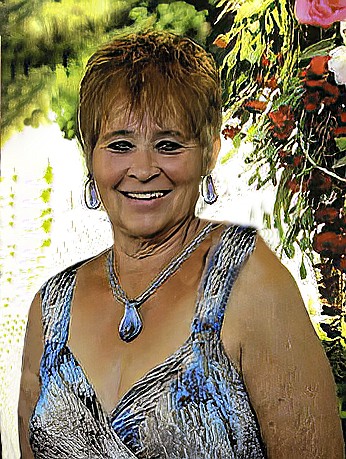 Jody (DeLuca) Hissong was born on Feb. 11, 1943, in Hailey, Idaho, to Doug and Mary Allred. Jody passed away at age 79 on April 6 at her home in Lake Havasu, Ariz., with her husband Skip and three of her children by her side.

She attended Hailey schools and moved to Pocatello, Idaho, when she was 14. She completed high school in Pocatello and then went on to Nursing School. The nuns of Saint Anthony Catholic Hospital saw great potential in her as she was working in the hospital and they pooled their money and sent her to nursing school. Jody lived in Pocatello until 1968 and then moved to Coeur d’Alene, Idaho, to raise her four children while continuing her work as a nurse.

Jody worked as a nurse for Dr. William T. Wood from 1972 until 1987 when Dr. Wood retired. She then worked for Dr. William Tarnasky until 1989. The job she took the most pride in was being the chief deputy coroner from 1984 to 2010. She also enjoyed the years she gave pilots their flight physicals.

A born Democrat, Jody worked on many political campaigns through the years. Jody was on the sign board of appeals and also worked on the Wine, Stein and Dine fundraiser event which benefits the Post Falls Education Foundation. No one could put together a silent auction better than Jody.

She married Skip Hissong in 1992 and was blessed with two more sons, Bert and Josh. Jody and Skip resided in Post Falls and were very active in the community. They had many adventures and travels and so much fun together through all their years of marriage.

Starting in 1999 they would vacation in Virginia City, Mont., and after many Fourth of July visits through the years, decided they would like to live there. In fact, in 2008 Jody sold her dream car and purchased a lot in Virginia City and told Skip “build me a house.”

For the next 23 years they spent as much time as possible in Madison County, where mom was involved with the art show, chamber banquet, car shows and anything else the town needed her for. Jody was “everyone’s mom” in Virginia City. The Hissong house was well known for “ringing the bell” at 5 p.m. letting everyone know it was “martini time”.

In 2018 after wintering in their RV for a couple years Jody and Skip settled in and bought a house in Lake Havasu, Ariz., for the winter months, and they enjoyed boating the channel in their pontoon boat and being members of the Elks and the Eagles. Of course they quickly made lifelong friends there as well.

Jody was a giver, not a taker. Her desire to help others extended beyond her family and her absence will be felt for many years to come. She was well known for her greeting cards; she sent out over 300 cards each year! (And, on her 79th birthday we made sure she got over 300 birthday cards — you should have seen her face).

She and Skip also helped raise a few grandkids through the years. When something needed to be done, Jody always stepped up. Mama Jody was well known for her cooking. Her cookies, potato salad, meatloaf, and her famous pretzels were known far and wide.

Jody was predeceased by her parents, grandsons Brandon DeLuca and Ray Martin, and a brother, Scott Allred.

Mom always boasted that she had 26 grandchildren and six great-grandchildren because “you can never have too many children” she would like to say, and she filled those shoes perfectly. Too many to list, but you all live in her heart.

A celebration of Jody’s life will be held at 2 p.m., Thursday, April 21, at English Funeral Chapel in Post Falls.

To order memorial trees or send flowers to the family in memory of Jody (DeLuca) Hissong, please visit our flower store.
Send a Sympathy Card