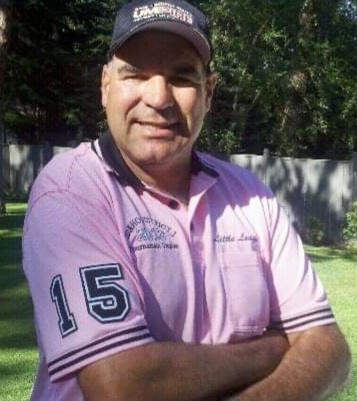 Johan Delport, age 60, passed away in the early morning hours of July 14, 2022, at Hospice House of North Idaho. He was a loving husband, father and oupa. Johan was born in the small mining town of Virginia, OFS, South Africa, on July 15, 1961, to Jokkie and Veronica (Brown) Delport. He married the love of his life, Patricia (Patti) Byrne, on June 7, 1986, and they were blessed to spend 36 wonderful years together sharing countless adventures.

Johan graduated from Henttie Cillier High School, served 2 years in the South African military and graduated from hotel school through Southern Suns Hotels. In 1985, he accompanied his grandmother to the US, met Patti and after a whirlwind romance they were married. One could say it was love at first sight. As a recognized professional in the food industry, he enjoyed a successful and rewarding career for 26 years as Regional Sales Manager with Brakebush Brothers.

Johan was exceptionally proud when he became a United States citizen, and he displayed his good citizenship every day. His legacy will live on in the hearts of all who knew him. His volunteer spirit was without equal. He was always selfless and would stop whatever he was doing to help a friend, family member or a neighbor in need. He was an enthusiastic member of AA and was a constant inspiration to his fellows.

Over the years he held many volunteer positions – being past Board President of CdA Junior Tackle Football, as well as Past Board President of CdA Little League. He was a Little League umpire for over 25 years, just “hanging up” his face mask and chest protector before the 2022 season. An avid sports fan, he was a long-time season ticket holder for Gonzaga Bulldogs basketball and the Seattle Seahawks.

Johan is survived by his loving wife, Patti; two sons, Chris and Alex of Coeur d’Alene. He was the beloved “Oupa” to grandsons Carter Delport and Charles Manley. He also leaves behind numerous relatives and many family members in Coeur d’Alene, San Francisco, The United Kingdom and South Africa. He was predeceased by his parents Jokkie & Veronica Delport, his brother Arthur Harry “Buks” Delport and his uncle, Art Brown.

To order memorial trees or send flowers to the family in memory of Johan Delport, please visit our flower store.
Send a Sympathy Card