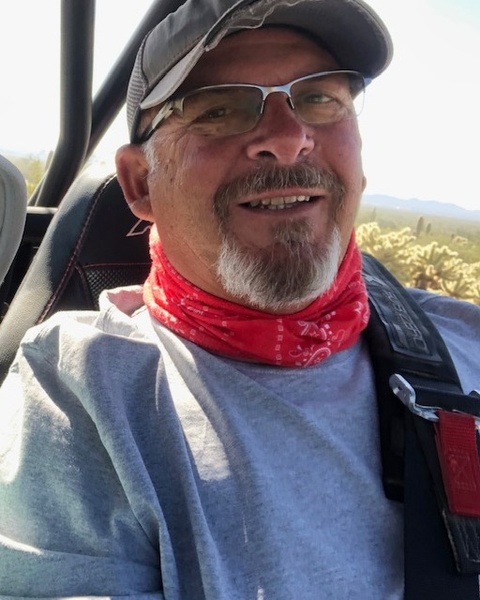 Our loving husband, father, grandfather, brother and dear friend was called home by our Lord and saviour. He passed away peacefully Thursday, August 11, 2022 surrounded by his family. His unexpected passing has left a terrific void in the lives of his wife, daughters, son- in-law, grandchildren and vast amount of extended family and friends across the country.

John was born “Johnny Ray” on September 27, 1952 in Richland, WA to Raymond and Joy Lou Derting. Apparently, John’s arrival was rather quick for a first time mother as they didn’t quite get to the hospital in time. As they waited to be checked in, to everyone’s surprise he was born as his Aunt Fern caught and scooped him up in the skirt of her dress. From that day forward, he was not one for waiting around.

John was raised primarily in the Post Falls area where he graduated from PFHS in 1971. While in high school, he enjoyed playing football and watching all sports. As a small child, his favorite football team was the Minnesota Vikings and even after the Seahawks joined the league his true loyalty lied with the Vikings.

John took the responsibility of being “big brother” to his siblings very seriously.  He has one brother, Bill and three sisters, Barbara, Betty and Janice. He told the story often how he carried Betty on his back as they walked through the deep snow to school. Whenever, his siblings or parents needed assistance he heeded their call.

After graduation, he met Kathy Harper and were inseparable most all of their 49 years of marriage. They both made comments over the years, they didn’t do well when apart. It definitely was a true love story. They have three children, Jamie (Stringer), Wendy (Turner) and Jonathon. They tragically lost Jonathon 10 1/2 years ago to Melanoma. They were blessed with six grandchildren and three great-granddaughters. Spending time with his family was extremely important to him.

While raising their children, John & Kathy were very active in their sports. They started Post Falls girls slow pitch softball association as at the time there was not a program available for girls. John coached several teams including AAU softball and basketball teams. He had such a gentle demeanor with the kids. The kids responded well, gaining confidence which ultimately games were won. He was highly respected not only by the kids, their parents but opponents as well consequently was given several awards and trophies.

John started his work journey at Diamond International which later sold to DAW. He worked in different departments but ultimately ended up as a Millwright maintaining their machinery. After 17years of working out in the North Idaho elements, he came home one day and told Kathy, “I am not sure what we are going to do but I can’t continue working under these conditions.”

God answered their prayers and provided an opportunity to move to Seattle area starting a career in Property Management.  John worked as Maintenance teaming up with Kathy in the office. He understood good customer service and using the same coaching techniques his staff loved and respected him. He ultimately excelled as a Supervisor and was awarded Maintenance Supervisor of the year in the Seattle area. As time progressed, he longed for more of a challenge. He teamed up with his daughters starting a general contracting business specializing in painting and condo conversions. In the midst of the 2008 recession, John & Kathy moved back to the Spokane Valley area. He returned to working in the Property Management field as a supervisor but in new construction side of the business.

In the fall of 2018,  in fashion of them doing everything together John & Kathy both retired the same month.  They decided to jump into full time RVing! They bought an RV, sold their home in Greenacres and hit the road. They landed in Arizona which originally was to be a month but ultimately fell in love with the area and their new found family. Each year they spent 6-8 months in AZ and summers in the Pacific NW.
John and Kathy found a new common love of riding in their Razr UTV (side by side). Exploring new trails with their friends in AZ and most recently finding new trails in North Idaho. He actually loved spending time in the outdoors, from boating, fishing, elk hunting or just sitting by a warm fire. He loved it all!

After retirement, John was told he had a failing mitral heart valve. He was being treated at Mayo in Phoenix. The valve was replaced this past February 2022 and pacemaker installed. He was recovering well and mentioned numerous times how well he felt.  Last Tuesday, his heart failed him and despite CPR starting immediately, airlifted to the hospital his heart was just too damaged.

We don’t always understand God’s timing but must accept it as truth. We know John was met gleefully by our Lord but also  Jonathon and his parents Raymond & Joy Lou. All had accepted Jesus as their personal savior.

John 3:16 For God so loved the world, that he gave his only begotten son and whoever believeth in him should not perish, but have everlasting life.

There will be a Memorial Service held in John's Honor on Saturday, August 20th at 1:00 PM At English Funeral Chapel, 1700 N. Spokane Street Post Falls ID 83854

To order memorial trees or send flowers to the family in memory of John Derting, please visit our flower store.