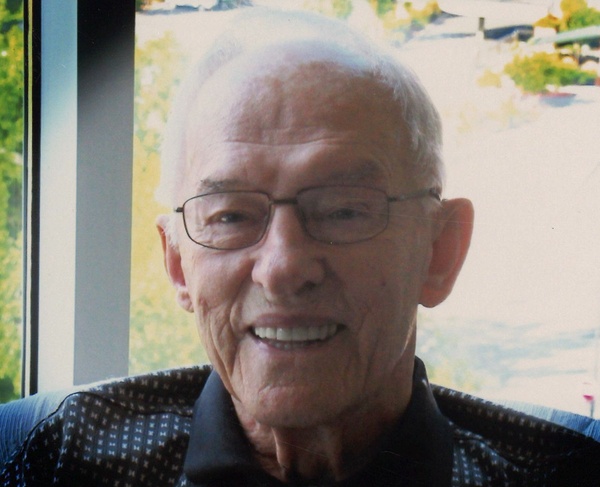 Jack was born in the coal mining town of Shenandoah, Pennsylvania on May 14, 1934 to Joseph and Anna Yuditsky, second generation American Lithuanians.  He grew up with his younger sister, Dolores.  He enjoyed hunting, fishing and all sports.  He attended Catholic school through 8th grade and graduated from J.W. Cooper High School in Shenandoah in 1952.

Jack entered the United States Army in 1954 and was stationed at Fairchild Air Force Base in Spokane, Washington.  He served as a radar operator for the Anti-Aircraft Battalion.  He was honorably discharged with the rank of Sergeant in 1956.  He married Joan Wernecke of Moscow, Idaho in January of 1957 and enrolled at the University of Idaho that same year.  He worked as a construction painter and relied on the GI Bill to pay for his college education.  He graduated with a Bachelor of Arts degree in Sociology in 1961.  Their only child, Robert Joseph Yuditsky, was born while Jack was a student.

Jack began work with the Idaho Department of Public Assistance in Lewiston, Idaho as a caseworker.  He was granted an educational leave from his job in order to pursue a postgraduate degree.  He attended the University of Chicago from 1962 to 1964.  As a graduate student, he was appointed director of the Jobs for Teens program.  He worked closely with the business community and created a volunteer network on the Southside of Chicago to identify, train and place disadvantaged youth in employment opportunities with families and various businesses.  The program was very successful.

Jack graduated from the University of Chicago in 1964 with a Master of Arts degree from the School of Social Work.  He and his family returned to Lewiston, and he resumed his employment with the State of Idaho.  He served as a child welfare worker, a casework supervisor, and was appointed director of Nez Perce County Public Assistance.  He then became the director of the Latah-Nez Perce County Mental Health Center in 1967 and developed a part-time counseling private practice.  He wrote a grant that contributed to the creation of the Region II Mental Health Center which he directed from 1970 to 1976 which served five counties in Idaho.  During that period of his career, he taught undergraduate social work classes at the University of Idaho and was a team member of the National Institute of Mental Health conducting treatment facility site reviews in Idaho and Washington State.  He was appointed interim superintendent of State Hospital North in Orofino and was responsible for converting the long-term care hospital into an acute care psychiatric and substance abuse hospital.  In 1976, he was appointed Bureau Chief responsible for all mental health services offered by the State of Idaho.

Jack left public service in 1978 and moved his family to Coeur d’ Alene where he set out on an extensive private sector mental health delivery and management career with several colleagues, including his son.  This resulted in the construction of Pine Crest Hospital in Coeur d’ Alene which began accepting patients in 1981.  He was the hospital’s first administrator and worked as a clinician.  Eventually they sold the building to Kootenai Health and donated the business, which is now known as North Idaho Behavioral Health.

His wife, Joan, passed away in 1991 following an extensive battle with cancer.  He was married to Helen Krueger in April 1993.  They designed and built a home on the Pend Oreille River in Sandpoint where they enjoyed boating, fishing, tennis and golf.  In 2002, they moved back to Coeur d’ Alene and have lived downtown at McEuen Terrace.  They became winter residents of Palm Desert, California from 2005 to 2018.  They were members of the Hayden Lake and Chaparral Country Clubs, enjoying golf and many friendships.  Jack recorded three holes-in-one during his retirement hobby of golf.

Jack and Helen, over the years, were avid world travelers, visiting more than 50 countries and all 50 states.  They attended most Idaho Vandal football games, both at home and away, and were frequent spectators with family and friends at Chicago professional sports team games, including the Cubs and White Sox World Series Championships.

Rosary service shall be at 6:00 pm Monday April 18th at the English Funeral Chapel, 1133 N 4th St Coeur d’ Alene, Idaho.   Services will be at St. Thomas Catholic Church, 919 Indiana, at 11:00 am on April 19th.  Following the Mass there will be a burial at Forest Cemetery at 1001 Government Way.  At approximately 1:15 pm, a reception will be held at the Coeur d' Alene Resort in Casco, Kidd, and North Cape Bays.  You are invited to join Jack’s family and friends at all or any of these celebrations of his life.

To order memorial trees or send flowers to the family in memory of John "Jack" Robert Yuditsky, please visit our flower store.