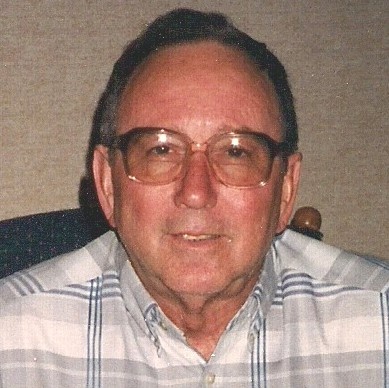 John Maynard Klingaman Sr., 84, of Rathdrum went home to be with the Lord on June 7th, 2019 at Kootenai Health from complications of a stroke.

John was born to Ernest and Ethel Klingaman on June 25, 1934 in Richland Center, Wisconsin. In John’s early years he lived and worked on farms around Richland Center, attended a one room school house and tried to help keep his younger brother Gene out of trouble. At age 17, John joined and served in the Air Force from 1951-1955. John got motion sickness easily and as luck would have it, was stationed in Casablanca and traveled there and back on a naval ship.  While stationed at Fairchild Air Force Base he met Darlene Liberty at the Post Café in Post Falls. They fell in love and were married in November of 1955. Together they raised their 3 children in Rathdrum and eventually moved to Portland, Oregon in 1972 as John became the terminal manager of the International Transport’s new office and moved back to Idaho in 1978.

John held many jobs throughout his life but for the majority of the time he was in the transportation field as a long haul truck driver, owner and operator of numerous big rigs and finally retired as dispatcher and terminal manager. In his earlier years John loved to farm, hunt, and go camping. During his retirement years, he would travel to Arizona and Texas for the winters. He always looked forward to the big Klingaman family reunion in Richland Center, Wisconsin every 3-5 years.

John’s family was very important to him. He was a loving loyal husband, father, grandpa, and friend who was deeply loved and respected by all. He was a hard worker and always provided for his family.  John was a very loving and faithful Christian with a strong Godly character. When John committed his life to the Lord in the mid 60’s, he was all in to serve the Lord. John was a faithful and humble servant who helped all in need who came across his path. John and Darlene were part of the founding members that started Rathdrum Bible Church. John most recently attended Real Life Ministries in Post Falls.

His family and friends are grieving now but have peace as they know they will see John again in Heaven and know the Lord said to him as he entered His presence, “Well done good and faithful servant. You have been faithful with a few things, I will put you in charge of many things. Come and share your Master’s happiness!” Matthew 25:21

In Lieu of flowers, contributions can be made to The Gideon’s International at www.gideons.org/donate.

To order memorial trees or send flowers to the family in memory of John Klingaman Sr., please visit our flower store.