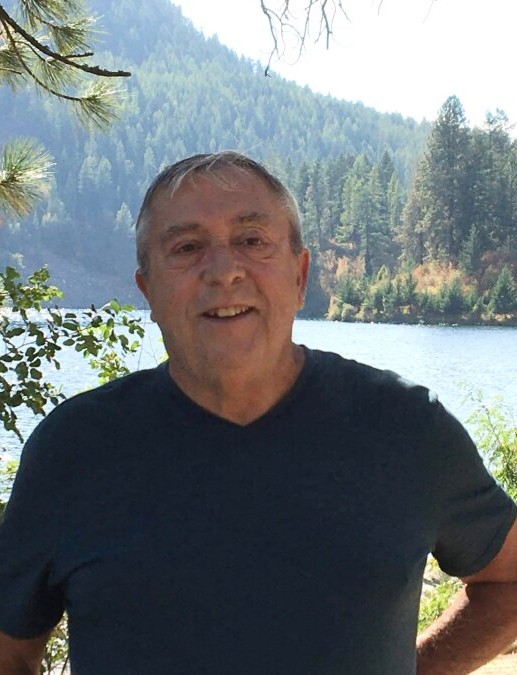 John Joseph Lambert passed away peacefully in his sleep on February 6, 2021, three days before his 70th birthday.

John was born in Niles, Michigan, and grew up in Kankakee, Illinois. He graduated from Bishop McNamara High School in 1969. He went on to earn his Bachelor’s Degree in Landscape Architecture from the University of Kentucky in 1973.

John served our country for more than 40 years with the Federal Government, protecting our natural resources with the Bureau of Reclamation and the Army Corps of Engineers. In 2014, he retired from the SSLE directorate where he helped set up that organization after 9/11.  He also worked in the Policy and Programs directorate after transferring to Reclamation from the Corps of Engineers.

In 2018, John moved with his wife Gayle to Post Falls, Idaho, where he spent his last years of retirement chasing every moment of joy whether that was talking with his daughters, camping with his wife and dogs, connecting with friends, or reading stories to his granddaughter Annabelle. Cooking, camping, kayaking, fishing, building functional art, and landscaping were things he truly enjoyed. John was known for his big heart and enthusiasm for conversation. He cared deeply about his friends and valued every relationship. His passion for his family, three Boston terriers, and nature was undeniable.

John is survived by his wife Gayle (Light) Lambert, his two daughters Rachel Livers Lambert (Daniel Berndt) and Lesley Tolle Lambert (Paul Arias), and Gayle’s children Sarah (Wade) Lymber and their children Evan and Nicholas, Alexander (Katie) Huff and their daughter Annabelle, and Gabriel Bunker, as well as his Mother-in-Law Wava Light, Sister-in-Law Jill (Randy) Flagel Light, Brother-in-Law Daryn (Carleen) Light, and their children Carryna and Greysen. He was preceded in death by his parents Sidney and Nancy (Tolle) Lambert and countless friends.

A Celebration of Life ceremony will be held in the Denver, Colorado, area when the family has had proper time to grieve and travel is safe again. In lieu of flowers, please make a donation in John’s name to the National Parks Conservation Association or a local charity of your choice.

To order memorial trees or send flowers to the family in memory of John Lambert, please visit our flower store.
Send a Sympathy Card