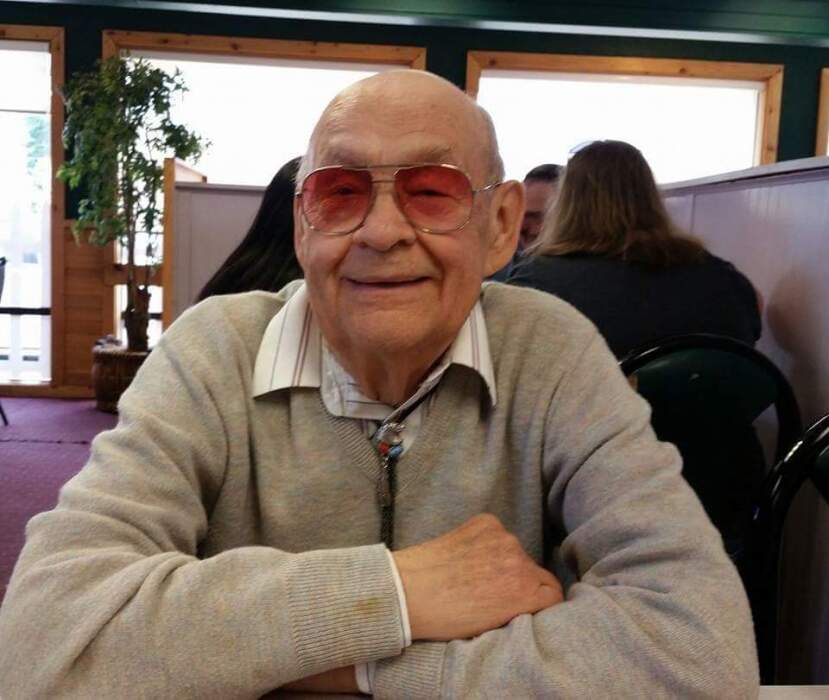 John Turenne, 88 of Coeur d’Alene ID passed away on May 8th, 2020, surrounded by family, at his home.  He was born on March 4, 1932 in Clark County Wisconsin to the late Albert and Mildred (Lockbaum) Turenne.  He attended area schools worked on his parent’s dairy farm until he was drafted in the Marines.  After completing his tour in the Marines he returned to Thorp Wisconsin as a dairy farmer, there, he married the love of his life, Janet, a friendship that lasted over 65 years. They were married in 1959. In the spring on 1966 they decided to leave the exciting dairy farming life and move to San Jose, California where he began work at United Technologies.  He helped work on the Titan Missile.  He worked there until he retired in 1987.

In 1995 he and Janet moved to Idaho eventually settling in Coeur d’Alene.  John was loved by all who met him.  He touched hundreds of lives with his infectious positive attitude and kind words.  He was a great story teller and like to reminisce about life as a kid on the farm.  He loved working in his garden.  He always planted beautiful flowers in the spring.  His vegetable garden was always bursting with many types of plants from tomatoes to beans, squash and potatoes to name a few.  He loved to take long walks every day.  He knew all of the neighbors and took the time to chat with them if they were in their yard.

He was seen as his family’s leader, teacher, confidant, our mother’s best friend, and had the best sense of humor. John is survived by his wife Janet, his 4 children, and 4 grandchildren, and 4 great grandchildren. Daughter Louise (Glenn) Stutesman of Puyallup, WA and their children Jennifer and Mandy. Son Brian of San Jose California, Daughter Michelle Mays of Coeur d’Alene, ID and her children Ashley (David) Johnson and their children Layla, Leland and Liam, and, Brandan (Alysha) Mays of San Diego California and their son Jaydan,  and son Bruce Turenne of San Jose California.  As one of 12 siblings, John is survived by his sister Betty Sporrer and two brothers Clarence and Phillip.

A great absence is felt here, but Heaven has a new beautiful angel.

To order memorial trees or send flowers to the family in memory of John Turenne, please visit our flower store.
Send a Sympathy Card