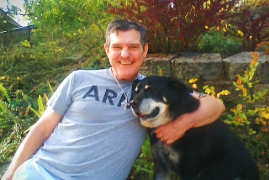 Joseph Charles Hendrickson, 56, of Coeur d’ Alene, Idaho, passed away unexpectedly on December 24, 2019, in his home.  Joseph was born January 9, 1963 in Indianapolis, Indiana to William and Teresa Hendrickson and grew up with his siblings until he joined the Army.  He spent 22 years of his life proudly serving his country.  While working at West Point in New York, he met the love of his life, Darlene Hendrickson.  They moved to Idaho in 1994 and had been together for 25 years.

A small service will be held on Saturday, January 18th at 2pm at the American Legion Post 143 located at 1138 E. Poleline Avenue in Post Falls, Idaho.  Friends and family please join us in celebrating Joe’s life.

To order memorial trees or send flowers to the family in memory of Joseph Hendrickson, please visit our flower store.