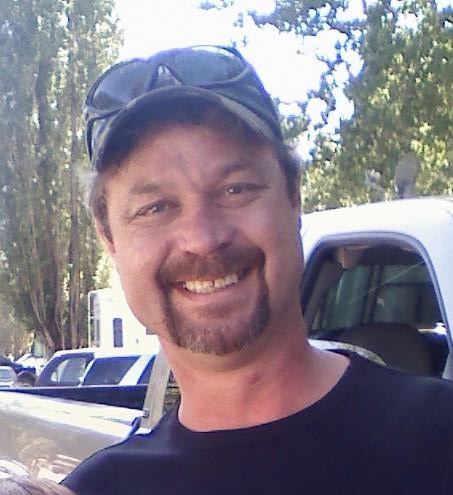 In Loving Memory of

“For some of us the gift of life is cut short. It is for the rest of us to keep their memory alive.”


Joe was a man rich in character. The kind of person you loved immediately. He was naturally cheerful, warm and easy to talk to. He made you feel important and a friend right off. Most women were “baby” and men were “bro”. He had a great sense of humor and was always joking. He didn’t let life get him down, no matter what was thrown at him. His famous saying was “It is what it is.” He was big hearted and would drop what he was doing if you needed him. He loved his family and friends and was deeply loved by them. He will always be loved and missed by everyone who knew him.

Joe was born in Cloquet, Minnesota to Ray and Judy Timmer. He spent his early years roaming the family’s 80 acres in the rural countryside with his constant companion and partner in crime, his younger brother John. This was the beginning of his love for the outdoors. Joe moved West with his family at a young age, living in Washington and Oregon, before settling in Idaho in his early 20s. Living in Idaho encouraged Joe’s love of the outdoors with golfing, camping, and target shooting being what he enjoyed most. What most considered a chore, cutting firewood, Joe did to relax. He spent many hours doing this with this best friend and brother, Roy Laird. Whatever Joe was doing, if family or friends were involved, all the better. He also enjoyed football, being a Minnesota Viking fan, for better or worse, to honor his birth state.

Joe had many different jobs in his life. As soon as he was of legal age, he got his CDL and started his truck driving career. He took a break from this and did various construction jobs, including road and building construction. He also worked for Henry Griffith’s manufacturing golf clubs and was still close with many of the friends he made there. He was a bartender for several years and was a natural because of his love of people and his cheerful, humorous personality. He made many good friends at this job and also met his wife. He eventually went back to driving truck because he was really, really good at it.

Joe found the love of his life, Carolann, in 2005. She brought out the best in Joe and helped him to be the best man he could be. They were the perfect complement to each other and when you were with them, you were with friends. Having a similar sense of humor, they were fun to have around.
Joe is proceeded by his mother, Judy Timmer. He is survived by his father, Ray Timmer; his beloved wife, Carolann; daughter Tiffany Purdue and grandson Ryan; son Cody Sweet, daughter-in-law Jenna, granddaughters Olivia and Aspen; son Spencer Curtis; sisters Dee Frazey and Tina Timmer; brothers John Timmer, Roy Laird, and Tony Timmer; bonus parents David and Debbie Stafford; nephews Travis Frazey and Michael Timmer; nieces Shannon Duran, Misty Pointer, Christina Timmer, and Nikki Timmer.

Joe’s family would like to thank the excellent care he received at Hospice of North Idaho Schneidmiller House. Also to the many friends and family who loved him throughout his short life, you made his life wonderful and the memories, laughter, and warmth will preserve Joe’s legacy forever within us.

To Joe, we will love you forever. Your character, magic, laughter, and advice will always be with us.

To order memorial trees or send flowers to the family in memory of Joseph Timmer, please visit our flower store.
Send a Sympathy Card