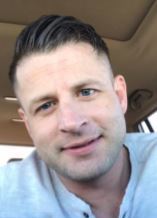 He is also survived by his father, John Cornett and his wife, Katrina; his mother, Sherry, and her husband, Gary Purdum; and his siblings, sisters Shawnte’ and Shasta, and brothers Jehkiah, Javis, Jonbrock, Jovi and Jayden. Additional siblings through marriage are Karen, Grant, Belinda, Jane, Haley and Glen.

Josten spent two years serving a religious Mission for The Church of Jesus Christ of Latter-day Saints in Melbourne, Australia, from 2002 - 2004. Through his relationship with the Savior, he grew to love the people he served.

Josten served his country in the United States Army as captain of the Company A, 1-121st Infantry Battalion. He led his company in an overseas deployment to Afghanistan in 2019. During his deployment in Afghanistan, Josten developed a deep relationship; a true brotherhood with the Afghan soldiers he worked closely with. He loved his work in the military and loved serving his country.

Josten was a great friend to many. He was a son, a brother and a leader, but most importantly, he was a father. He had six beautiful children that he loved and adored and where he found his greatest joy. Josten championed his children in all their accomplishments and successes. He invested much and prioritized teaching, guiding and playing with his children.

Josten loved combat sports. He loved conversing and connecting with others. He loved painting and creating art. He had such passion for knowledge and learning and he enjoyed the art of debate. Most of all, he found joy in celebrating the triumphs and successes of those he loved.

Funeral services for Josten will be at 11 a.m. today, Jan. 30, 2021, at the Church of Jesus Christ of Latter-day Saints, 1824 E. 16th Ave., Post Falls, Idaho. The family will receive visitors from 10 to 10:45 a.m. in the relief society room prior to the service. Graveside military honors will follow the funeral service at the Riverview Cemetery, 1065 North Lincoln Way, in Coeur d’Alene.

To order memorial trees or send flowers to the family in memory of Josten Cornett, please visit our flower store.
Send a Sympathy Card