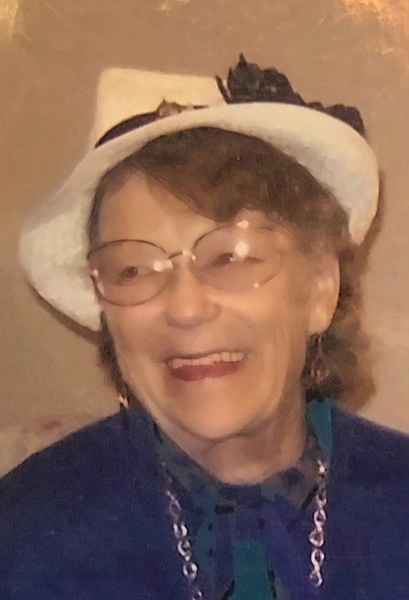 Joyce “Joycie” May (Berkshire) Hoskins left this world on Sept. 24, 2021, after a long residence at Good Samaritan’s Silver Wood Village nursing home in Silverton, Idaho. She was born in Mullan, Idaho, on Dec. 9, 1934, to Viola “Vi” Victoria (Vroman) (Berkshire) Hoskins and Vinton “Vic” Clarence Berkshire. She was preceded in death by her parents, her brother, Clarence Tony (Helen) Berkshire of Mullan and her husband, Bud Hoskins. Living siblings are Violet (Steve) Crnkovich of Mullan, Idaho; Jerry (Mary Ann) Berkshire of Milwaukee, Wis.; and step-brother who was always considered Brother Vern Hoskins of Hermiston, Ore. She is also survived by several nieces, nephews and step-relatives.

Joyce was raised in Mullan, graduating from Mullan High School in 1953 in the top of her class. After graduation, she attended Cane Beauty School in Coeur d’Alene, Idaho, subsequently opening a beauty shop at the Desert Inn in downtown Coeur d’Alene. Joyce later worked as a cosmetologist in Anchorage, Alaska; Sunnyvale, Calif.; and Prescott, Ariz.; finally coming full circle to the Coeur d’Alene area.

Joycie lived in many places as her second husband, Claude Claflin, moved with ironworking jobs. After living several years in a travel trailer, they settled down on family farm property in the mountains above Lake Coeur d’Alene near Harrison, Idaho, where they built their dream log house. After the marriage dissolved, she made her way to Post Falls, Idaho, where she lived until her move to assisted living and later long-term nursing care in Silverton, Idaho.

Joyce lived a full life with highs, lows and in-betweens. She survived an earthquake in Anchorage in the 1960s as she was trying on clothes in a department store. She worked hard and was a good steward of her resources. Wherever she went, she had friends to whom she was loyal, fiercely loved her family, was a giving person and always welcomed visitors, even when unexpected. She could whip up a meal on a moment’s notice for whomever was there with whatever she may have had, resulting in some strange concoctions that were delicious. Joycie was outspoken — you knew what she was thinking because she told you. For some unknown reason, she saw red in the color orange, so nothing in her house or her wardrobe was orange! Speaking of her wardrobe, Joyce was famous for donning colorful hats and scarves.

Our beloved Joycie will be missed. She is interred with her mother at Mountain View Cemetery in Mullan, Idaho.

To order memorial trees or send flowers to the family in memory of Joyce Hoskins, please visit our flower store.