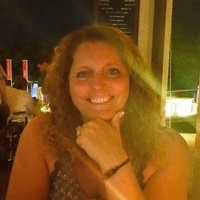 Judi was born in Cottage Grove, Ore. on July 2, 1970, to Troy and Waneta (Woolman) Bennett. Judi was raised in Yoncalla, Ore., where she graduated from Yoncalla High School in 1988. She attended Clackamas Community College and then graduated from Western Oregon University with a bachelor’s degree in teaching.

Judi married Donald L. Gay, Jr. on Dec. 21, 1991, in Yoncalla. They moved to Portland, Ore., where she coached volleyball at the University of Portland. While in Portland they started their family. Their daughter Brooke was born in 1995 and Brittany in 1997. Their son Brandon was born in 2000. In 2002, the family moved to Eugene, Ore., where she continued to coach volleyball for the Webfoot Volleyball Club and worked for Fred Meyer for many years. In 2008, they moved to Coeur d’Alene.

Judi was the Woodland PTA president for several years and was an active volunteer with Coeur d’Alene Little League and Coeur d’Alene American Legion Baseball. She enjoyed spending time with her family and coaching.

Judi is preceded in death by her father, Troy Bennett in 2008; sister, Debbie Kelly; grandmother, Beverly Woolman; and nephew, A.J. Schlatter in 2016.