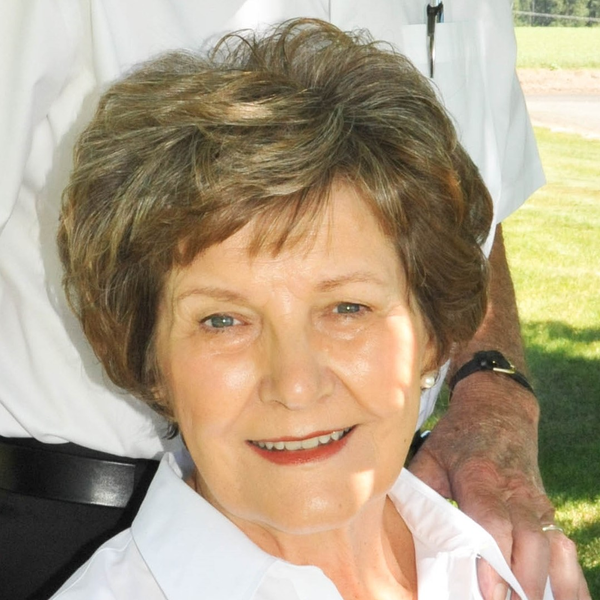 Karen Irene Toedter was born October 4, 1942, to Irene (Gigstad) and Edward Toedter on the  family farm near Easton, Kansas. She attended the one-room Number 6 School not far from home  through the eighth grade and graduated from Easton High School in 1960.

After two years of full- time employment she enrolled in Washburn University in Topeka,  Kansas, where she joined Kappa Alpha Theta Sorority. Over summer vacations during college, she  worked in the typing pool at Fort Leavenworth, Kansas where she met Lt. Allen Lewis, U.S. Army. Allen  was promoted to Captain the fall after they met. They were married on June 13, 1965, at St. John’s  Lutheran Church near Easton, the same church at which she was baptized (11-1-1942) and confirmed  (6-10-1956).

When Allen’s time in the army was through, they moved to live with his parents for a short time  near Rockford, Washington, then to Worley, Idaho, where he began farming. Karen completed her  bachelor’s degree in elementary education at Washington State University in 1966 and began teaching  the first and second grades in the Worley School District that fall. She loved working with the young  children and was still fond of and in contact with many of her students for the remainder of her life.

When Allen and Karen started their family, Karen stepped back from full-time teaching to raise  the children and help Allen on the farm. In 1981 they moved to Rockford, Washington, and maintained  the farming operation in Washington and Idaho. For over 30 years Karen drove truck during harvest,  made frequent “parts runs”, and even drove a tractor to disc fields. In addition to the duties of a farm  wife, she served as a substitute teacher, was a long time Sunday School teacher, facilitated many funeral  dinners via her congregation’s women’s ministry, and served on the council at Zion Lutheran Church in  Fairfield, Washington.

The family would like to express gratitude to the Rockford E.M.T. organization and to  Alan Werhan for all his neighborly care. Services will be held on June 13, 2022, at 1:00 p.m. at St. John’s  Lutheran Church, 5810 South Meadowlane Road, Spokane, Washington.  Viewing will be at the church starting at 12:00. Burial will take place that same  day at Fairview Cemetery, Rockford, Washington at 3:30 p.m. In lieu of flowers, memorial contributions  may be made to St. John’s Lutheran Church (Spokane). Lutherhaven Ministries (Camp Lutherhaven,  Coeur d’Alene, Idaho.), or St. John Lutheran Church, 34771 243rd Street, Easton, Kansas 66020, or to the  charity of your choosing.
To order memorial trees or send flowers to the family in memory of Karen Irene Lewis, please visit our flower store.