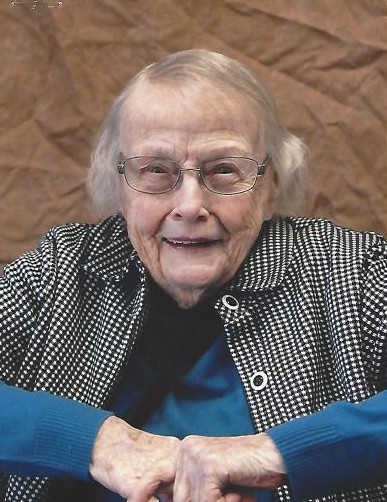 Katherine Marie Featherstone left this life on February 6, 2020, to be joined with her Lord and her beloved husband, Wilmer (Brick) Featherstone.

Katherine Marie Codori was born on July 1, 1924, to Ollie and Jay Cadori in Oakland, CA.  In her early years her parents divorced.  Her mother later married Merten Cram and he adopted Katherine and became the father she adored and trusted.

Katherine met the love of her life in 1939.  Wilmer (Brick) Featherstone and Katherine were wed on May 10, 1942.  They had one child, James, who was born in 1947.  Brick and Katherine were married for 65 years 7 months and once told me that they never had a fight.

In the early years of their marriage, they lived in California.  Katherine worked for IBM when the computers were room size.  She was a “Rosie the Riveter” during the war.  But her most wonderful gift during this time was to be a pen pal to about 75 soldiers who needed to know they were not forgotten.

She also was executive director for the “School of Unlimited Opportunities” for physical and mentally handicapped children. They permanently moved to Idaho in 1972 and built a home 7 miles northeast of Spirit Lake. Katherine’s parents Mert and Ollie Cram moved up here also and lived just down the road.  The roads they lived on were named after them.  Featherstone Road and Cram Road.  Those roads are still there.  They were members of First Lutheran church in Spirit Lake where both served in leadership capacities at different times.

When illness hit the Cram family it was Katherine and Brick who cared for them to the end.  Brick and Katherine then moved to Post Falls, ID in 2000.  They joined Calvary Lutheran Church.

Brick died of cancer in 2007 and their only child, James, died of heart failure just 2 months later.

Her final years were spent at The Garden at Orchard Ridge in Coeur d’Alene, Idaho.  She found a home there and felt so cared for.  Hospice of North Idaho made her final months peaceful and comfortable as she was able to stay right where she was.

There is no way to share all the fullness of this life well lived, but through it all, Katherine’s legacy has been her ability to laugh and tease and make others see the joy around them.  No one could come into contact with her and walk away without a smile.

Blessed be the life of Katherine Marie Featherstone…she was loved!

The memorial service that was to be held on April 4th at Peace Lutheran Church has been canceled at this time.

To order memorial trees or send flowers to the family in memory of Katherine Featherstone, please visit our flower store.
Send a Sympathy Card