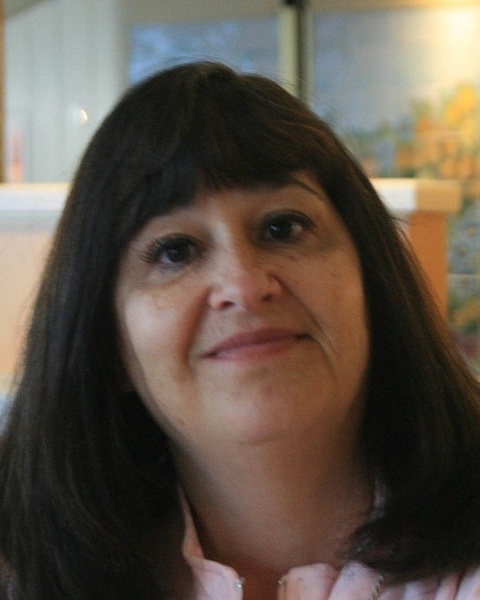 Kathie Joy Boss was born to Kenneth Ray and Mary Sue Catlett at Norton’s Infirmary in Louisville, Ky. She was the middle sister to Paula White and Lisa Trusty. She attended high school at Suda E. Butler Highschool and graduated in 1976. She married David Spencer on July 2, 1988, and had her first daughter, Miranda, on Jan. 14, 1990. She became a widow two years later in June of 1992. She started attending Sullivan University for Tourism. She, at that point, moved back home with her young daughter to her parents’ house. She then worked at State Farm Insurance for six years. While working at State Farm, she had an injury that led to her meeting her true love, Daniel Boss.

She met Daniel in 1995 in an online chatroom, where they had started talking. Talking led to flirting and flirting led to plans to meet each other here, in Coeur d’Alene. It was love at first sight at that moment. Trips back and forth were made, with each one bringing them closer together and more in love. On one such visit, Kathie introduced Daniel to her daughter, at which point Miranda started calling him "daddy." It wasn’t long after that on such a visit, Daniel proposed and Kathie said, “Yes!” It was on a visit a few months later, that with the help of Daniel’s family and Kathie’s daughter, Daniel and Kathie were married on Nov. 26, 1997. Kathie and Miranda moved to Coeur d’Alene, Idaho, in March of 1998. Nine months later, Kathie and Daniel welcomed their second daughter, Rachel, into the world on Dec. 24, 1998.

After Rachel was born, Kathie started an in-home daycare which she ran for 20 plus years. She found her passion for children through her practice and decided to pursue an associates of science degree at North Idaho College. She graduated college in May of 2017. Due to the Pandemic, Kathie was forced to retire in August of 2020. However, that didn’t stop Kathie from working; she started working at two different retail stores, Ross Dress For Less and Walmart, before she found her true calling as a consultant for the CACFP program of St. Vincent de Paul. Kathie worked under Tina Clifton and worked there until the day she died.

Kathie was a kind person to everyone she met, and she will be greatly missed. Kathie will be survived by her husband, Daniel Boss; both of her daughters, Miranda Popp-Keur and Rachel Boss; her father, Kenneth Catlett of Louisville, Ky.; and her sisters, Paula White of Richmond, Ky., and Lisa Trusty of Louisville, Ky.

To order memorial trees or send flowers to the family in memory of Kathie Joy Boss, please visit our flower store.