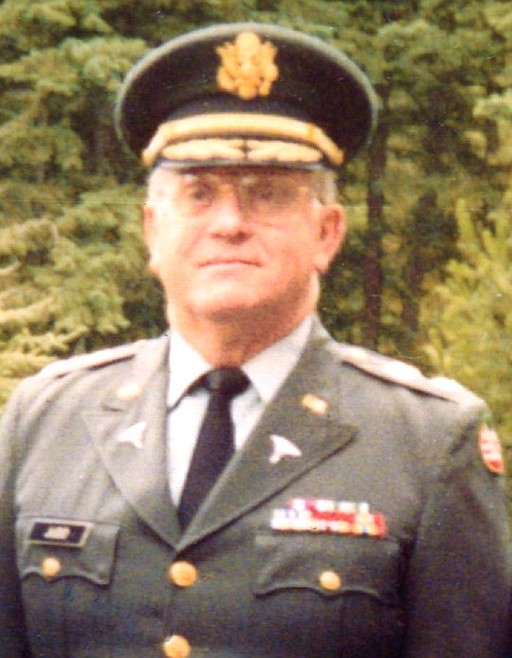 Our loving husband, father, grandfather (Papa), brother, uncle and friend passed due to Amyloidosis Heart Disease. Ken passed at home peacefully in his sleep with his family at his bedside.

He graduated from Cheney High in 1951. Ken joined the Navy during his senior year. Following graduation he started his formal education at Eastern Washington College of Education, which was interrupted when called to active duty in 1952. He served at Navy Air Station Saufley Field in Pensacola, Fla., returning home in 1955.

Upon his return, he continued his education at EWCE, and was a member of IK and Bachelor Clubs. He really enjoyed working, always having a job of one kind or another, from high school up to 2014.

Ken married Darlene R. Hulsizer, the love of his life as demonstrated by their more than 62 years of marriage, on Dec. 20, 1958. She was also an Eastern graduate. Ken showered his bride with thoughtfulness and gifts throughout their marriage. They raised two active, resourceful, independent daughters: Tina and Teri. He loved them unconditionally and supported and attended ALL of their school activities and sporting events.

Ken taught at Libby Junior High School for five years before moving to Shadle Park High. At Shadle he taught history, sociology, driver’s education and did student crowd control at sporting events. In addition, he developed and started the psychology program, which still remains in Spokane Schools. He finished his last 13 years of education as a counselor.

Feeling the need to provide more for his family, he also managed the first McDonald's in Spokane (Francis/Wellesley) and sold Franz oil filters. In 1963, Ken left McDonalds and was commissioned as Second Lieutenant in the Army Reserves, rising to Lt. Colonel before his retirement. In the military he taught officer advancement courses, including command and general staff.

At retirement in 1985, he had served 26 years. He was greatly liked and highly respected during both his military and teaching careers. In 1992, he retired from education after 33 years.

During these years of employment, the family moved from Stevens Drive to their newly built home in Colbert, Wash., with enough land for the girls to have horses. Teri had to wait until he retired from the military to get her pool, when he would be home to maintain it.

They built a second home in 1990 on the 18th fairway of Twin Lakes Golf Course in Rathdrum, Idaho. Many gatherings of family and friends were held in this spacious home. He was the “epitome of the family first;” each outing and trip was based on how much enjoyment his three girls would have.

Ken enjoyed numerous activities, one being the Teepee Toters Camper Club, consisting of 20+ campers traveling as a caravan, with some towing boats. They were courteous campers, often pulling over for the traffic behind to pass. He enjoyed road trips to nearby states and countries such as Canada and Mexico, each one including a history lesson.

After the girls married a whole new world opened up to him. Tina married Karl Wallman in 1986. Eric, his first grandchild, didn’t arrive for three years but when he did, what a joy! Teri married Jerry Snell in 1992. Three years later, Tina’s Erin arrived, followed by Teri’s twins, Hayden and Christian. Three new babies in the same month! Then the joy really began. We went right back into supporting them with special adventures just for the six of us. When they started school, their events saw us in the audience (we climbed a lot of bleachers during those years).

From high school to present, Ken’s classmates had regular reunions in Cheney, Wash., Canada and the Western U.S. Over the past 10 years, local classmates met for lunch in Spokane, right up to the time COVID-19 shut everything down. In addition to family and friends, Ken had other interests, such as new cars, pet cats, eating out, enlarging his library of DVDs and traveling.

Before retirement, a trip was planned each summer. After retirement, they traveled much of the world for 10 years, mostly by cruise ship (Australia, New Zealand, Panama Canal Crossing, Caribbean Islands, Capitals of Scandinavia - including Berlin and St. Petersburg, Antiquities of Greece, Turkey, Israel and Egypt, Beijing China, The Great Wall, Xi’an and The Terracotta Warriors Tomb being unearthed, River Boat up the Yangtze, and down the Rhine in Europe, bus tour to Paris, and Grand bus tour of Great Britain).

The next 10 years they visited friends and family in Hawaii and Alaska, and historical sites across the continental U.S. like Mount Rushmore, Niagara Falls and battlefields of the Civil War. In 2017, they moved to Orchard Crest Retirement Center in Spokane Valley, Wash., to be closer to family. He recently said, “this is right where we should be,” since it was a difficult transition from Twin Lakes Village.

After many years of church involvement, Ken’s discipleship grew as he felt a calling to share his love for Jesus with others.

Ken will always be remembered for his warm, inviting nature and smile that made everyone feel like family and the stories he told. Ken never knew a stranger. The family is forever grateful to the staff of Horizon Hospice of Spokane, especially Allison, Casey, Corissa, Connie, Stephanie, Tammy and Donavon.

In lieu of flowers, please make memorial contributions to Horizon Hospice of Spokane in Ken’s name.

The service will be live-streamed on the English Funeral Chapel's Facebook page.

To order memorial trees or send flowers to the family in memory of Ken Judd, please visit our flower store.
Send a Sympathy Card