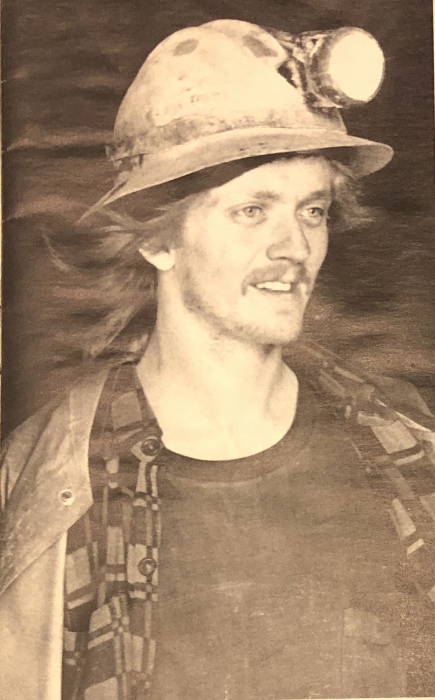 Kenny was born in Glasgow, MT March 22, 1951, to Harvey and Betty (Salsbery) Dionne. They moved from Malta, MT to the Silver Valley when he was a child, settling in Bentley Creek. After graduating from Kellogg High School he moved to Denver, CO to work for AT&T. He was an avid outdoors man traveling all over Idaho, Montana, Colorado, Wyoming, and other states with only his 10 speed bike, camping, fishing, and rock climbing gear.

When the Sunshine Mine fire happened, he returned to the Silver Valley. His Dad and brother Greg were working there that day and his brother was still underground. Days later they discovered his brother had passed. After that, his love for that mine was ever present until he passed.

Kenny decided to stay in the Silver Valley. He hand carved poles and built his own teepee to live in on his parents' property in Bentley Creek. He had many critters visit inside with him, including a bear once. He also started working at Sunshine mine doing various jobs, including underground.

Two of his favorite mine stories to tell were how he was once buried alive in muck and another time when he was headed underground when the cage started bouncing up and down. Kenny had a thin build with little weight to hold him down, so he kept getting thrown from top to bottom, his body slamming into it each time as it bounced. Finally, his friend was able to grab him to keep him on the bottom. He said they had a good laugh, even though he was pretty banged up and in a pretty dangerous situation.

In 2008 he diagnosed with cancer. During treatment, his love for his daughter, woodworking, and landscaping helped get him through. He was very meticulous in everything he did, making sure everything was “just so” along the way. He enjoyed going to Osprey Point often as well. For years he spent many days down there cleaning up trash left behind by others and moving the rock back up to the beach when it got washed out. Once the newspaper asked if they could do an article on what he had been doing, but he politely declined as he felt he was just doing what was right for everyone to enjoy.

On May 14, 2019, his adventure on this world peacefully came to an end. His last couple of days with us were spent talking and laughing with friends and family, stopping to smell the lilacs, and listening to his grandson play. His last words were to his daughter, “I love you”. His love for her and his grandson was truly unlike any other. He will be greatly missed by many.

He is proceeded in death by his father Harvey, mother Betty, brother Greg, and brother Steve.

To order memorial trees or send flowers to the family in memory of Kenneth Dionne, please visit our flower store.
Send a Sympathy Card