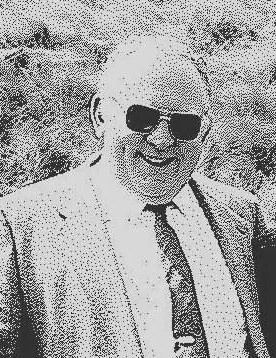 Ken’s parents divorced shortly after his birth. His mother married Walter Goodwin. Ken was adopted and took his last name. His parents worked in the Vancouver shipyards during World War II.

During junior high Ken moved to Kamiah, Idaho, where he lived with his grandparents. Ken was a three-sport athlete at Kamiah High School (football, basketball and track), earning the nickname “the Kamiah Kid.” Ken graduated from Kamiah in 1952.

Shortly after graduation, Ken and two of his high school friends went to Lewiston and enlisted in the service. Ken decided on the Navy and he ended up as a Marine medical corpsman, holding the rank of HM2: hospital corpsman. Ken served as a medic during the Korean War and completed his tour as a member of a basketball team that toured throughout the Pacific.

After leaving active duty, he attended the University of Idaho, where he once again excelled at athletics, competing as a collegiate athlete in swimming and football. He was a member of the Kappa Sigma Fraternity.

They moved to Albany, Ore. to continue his career in teaching and to work on his Master’s in Education from the University of Oregon. While working in Albany, Ken and Donna had two sons: Deon (Celeste) and Brian (Sue-Anne).

Looking for jobs in North Idaho, Ken heard about an opening for a principal at Post Falls High School. Ken was hired by the Post Falls School District in 1971 as the high school principal. He served in this position until 1993, with a four year break in the middle. During this hiatus he served one year as the principal at Plummer High School and two years as the superintendent of the Orofino School District.

After retiring, Ken spent more time on his passion, playing pool, where he was often referred to as “the Professor.” Ken was a very strong pool player who played on many winning league teams, often finishing as one of the top three players. He also played and performed well in regional competitions.

To order memorial trees or send flowers to the family in memory of Kenneth Goodwin, please visit our flower store.