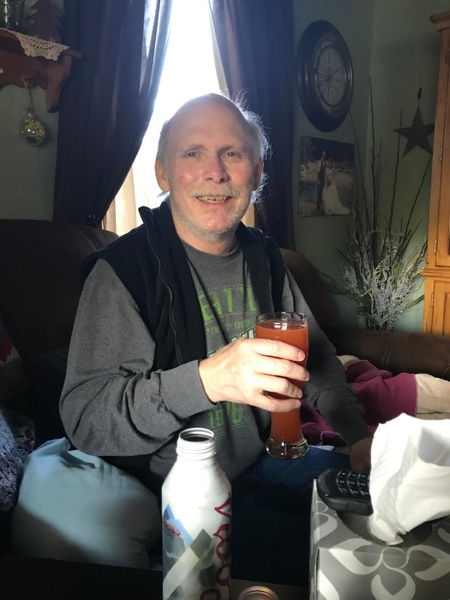 Kevin Ray Smith passed away peacefully at home July 20, 2020 after a brave fight with pancreatic cancer.

Kevin was born December 22, 1958 in Kellogg, Idaho.  He was the second baby in what was then the new hospital.  He was the second son born to Kathy Callahan Reichenberg  and Kenneth Smith Sr.  For those that knew Kevin recognizing his happy and loving nature and integrity was easy.  Not to mention his off the wall humor that truly put the sparkle in his eyes.

Kevin was raised to be a very hard worker, reliable, and loyal, which prepared him to serve as a United States Marine for four years with an honorable discharge.  He had many jobs since the age of 15, ending his work season driving masonry truck for Central Pre-Mix in Coeur d' Alene.

Kevin loved the mountains whether it be for hunting or just to think.  His artistic skills were used sharing his wares with family and friends.  He also loved music from a young age, like the Beatles to Pink Floyd and he could dance to everything in between.

The family would like to thank Dr. Nathaniel Gay and his wonderful team at Kootenai Cancer Center as well as Hospice of North Idaho.

A Memorial Service will be held in Post Falls at English Funeral Chapel on Saturday August 15, 2020 at 4:00 pm

To order memorial trees or send flowers to the family in memory of Kevin Smith, please visit our flower store.