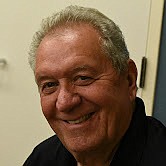 Larry Clark Cundieff, age 74, passed away peacefully, surrounded by his family and pastors on Dec. 22, 2021, after courageously battling Covid pneumonia.

Larry was born in Oberlin, Kan., on March 9, 1947. Larry and his family moved to California a few years later, where he grew up in San Bernardino, Calif., and attended Pacific High School. He was an exceptional drummer, winning many awards and competitions. He was the drummer of a five-man band known as The Jesters who recorded an album in the 1950’s. He eventually played with some well-known professionals like Kenny Rogers and Loggins and Messina.

Larry was also an entrepreneur and successful businessman. He started and owned several successful pool construction and maintenance companies in California in the 1970s – 1980s.

He was married in 1991 to his wife of 30 years, Kathy Wahl-Cundieff. They were married in Yucaipa and moved to San Diego where they lived for eight years and had two children. They moved to Coeur d’Alene, Idaho in 2000.

There Larry began a successful company called Brass Bases. He designed and produced shot glasses that looked like a shotgun shell. He had several patents on his shot glass designs.

But Larry is best known for his most recent company Big Country Smokehouse. Larry’s customers were his friends first, then his customers. Everyone enjoyed his humor and laughter and his faith in God. Larry enjoyed making his friends and family smile. He would take great pleasure in making those around him laugh. He was a devoted and faithful husband, a loving and supportive father, a loyal and reliable friend, and a man devoted to God. He will be missed without end and thought of everyday.

Larry was happily married to his wife Kathy Wahl-Cundieff for more than 30 years. Together they had two beautiful daughters, Kelly Cundieff and Samantha Cundieff. Larry also had three children from a previous marriage: Bridget Cundieff, Tim Cundieff, and Dawn Cundieff. He is survived by his wife, five children and four grandchildren.

A memorial service and Celebration of Life will be held at 1 p.m., on April 23, at Real Life Ministries in Post Falls, Idaho.

To order memorial trees or send flowers to the family in memory of Larry Clark Cundieff, please visit our flower store.
Send a Sympathy Card