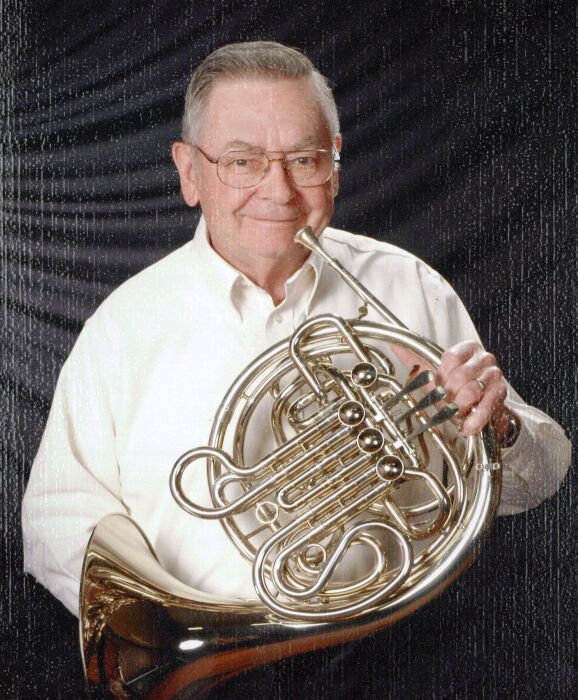 On Tuesday, July 13, 2021, Larry George Strobel passed away peacefully at home under the care of Hospice at Home.  He was born March 31, 1937 to Earl and Beulah (Stowe) Strobel in Coeur d’Alene.  Larry was a 4th generation Idahoan, descended from two pioneer families who moved west to North Idaho in the late 1800’s.

Larry graduated from Coeur d’Alene High School in 1955 and attended North Idaho Junior College.   He married Sharon Spain in 1961 at the First Presbyterian Church.  They had two children and four grandchildren.  He proudly worked as a city mail carrier for 40 years.  Mention a Coeur d’Alene address and he could quickly recall who had lived there.

Larry’s humor, keen observations and love of music enriched his life.  He spent twelve years in the 560th Air Force Band (Washington Air National Guard).  He played in the Elks Dance Band.  He was an original member of the Coeur d’Alene Symphony (founded by Robert Singletary), Panhandle Symphony, North Idaho Community Band and City Park Band.  Larry and Sharon started the 4th of July marching band, Perfection-Nots, in 1977, retiring after 40 years.  Thank you to the group of core members for continuing to bring enjoyment to the people of Coeur d’Alene in the 4th of July parade.  He joined the Coeur d’Alene Brass Group for a few years and also played in the handbell choir at the Presbyterian Church.

He taught French horn privately for many years and was loved by his students for his knowledge, humor and ability to listen.

Larry loved his children and grandchildren and made certain each one could play French horn.  He felt music was enjoyed all through life.  He also tried, among other things, to teach them about different species of trees, emphasizing that pine cones do not fall from fir trees.  He was much loved and we will all miss him so much.

Larry thoroughly enjoyed playing poker with his group of poker buddies.  He tended to go overboard at Christmas time resulting in the house and yard being a colorful masterpiece with thousands of lights.  Each fall he anticipated going to battle with squirrels over the crop on their walnut tree.

Larry spent 18 years on the Board of the Museum of North Idaho.  He was delighted that his book “When the Mill Whistle Blew” was published by the Museum in 2010.  His knowledge of the history of Coeur d’Alene was amazing and will be missed.

Larry and Sharon helped found the Coeur d’Alene Volkssport Club and spent many weekends mapping out routes for the next big walk.

A Celebration of Larry’s life and reception will be held Saturday, July 24, 2021 at the First Presbyterian Church, 521 Lakeside Ave, Coeur d’Alene at 10:00 am.

To order memorial trees or send flowers to the family in memory of Larry Strobel, please visit our flower store.
Send a Sympathy Card