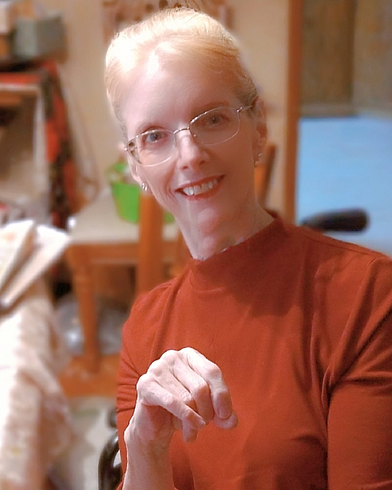 Laurie Jo (Peterson) Nichols passed away Aug. 22 at Kootenai Health in Coeur d’Alene, Idaho. Her husband, Scott, was holding Laurie’s hand, talking to her and hoping for one of life’s miracles for recovery when her heart stopped beating.

Laurie grew up in Post Falls, enjoying life on a small farm, and attending from first grade through her senior year of high school in the Post Falls school system graduating in 1973. During high school, she had fond memories of the time she was involved in 4-H projects, as a cheerleader, and when she was chosen to attend Girls State. She completed most of her high school graduation requirements as a high school junior and attended North Idaho College during her senior year.

She always regretted and felt she missed things socially with her high school classmates during the senior year she spent at NIC, but loved that she had known everybody in a relatively small graduating class of mostly 12-year seniors. She subsequently completed the Nursing program at North Idaho College and later had the distinction of being one of the two first women certified together by the state of Idaho as licensed electricians.

Ironically the house she enjoyed with her husband, Scott, and children Bryan and Gina since 2001 has an appreciable amount of the electrical wiring that Laurie installed when the home was built in 1975. She also worked in food and beverage service in Coeur d’Alene at the original Templin’s Grill in Coeur d’Alene, the Iron Horse Restaurant, Denny’s on Fourth Street and the Rosauer’s Restaurant (Supermarket) on Appleway, the Fort Ground Tavern and The Starting Gate (now Nosworthy’s).

During her early working years, Laurie was an avid snow skier and enjoyed telling stories about the places she traveled and people she spent time with. Laurie and husband Scott Nichols met in Coeur d’Alene in 1981 and married Feb. 13, 1982, recently celebrating their 40-year anniversary and sharing of strong love and support for each other during their lifetime. They welcomed first son Bryan in 1986 and then daughter Gina in 1987. Laurie was the family’s pride and joy and was the backbone of the family, setting the example and values that have carried the family through good and tough times over the years. Laurie was the miracle wife and mother, having survived a terminal cancer diagnosis and long hospitalization in 1990 before undergoing a life-saving surgery by Dr. Tom Thilo (retired) at Kootenai Medical Center after the doctors at University of Washington Medical Center had given up on her.

Laurie, Scott, Bryan and Gina were a military family at the time and things were pretty tough when during Laurie’s period of recovery at her parents Joe and Peggy’s house in Post Falls, Scott was assigned to Vancouver Army Barracks in Vancouver, Wash., commuting back on weekends. Scott was subsequently assigned military housing and Laurie and the kids made the move to join him. Scott never forgot the first day coming home for lunch and Laurie bustling through the house operating the vacuum cleaner with one hand and pushing an IV pole with the other.

She again had a difficult encounter five years ago while the family was in Federal Way, Wash., attending Scott’s sister Wendy’s retirement ceremony, having to be hospitalized with a life-threatening condition that led to three surgeries including amputation of both legs due to conditions that developed during hospitalization. She spent 47 days in intensive care and subsequent inpatient recuperative care in Coeur d’Alene.

Again, Laurie returned home and although experiencing constant pain, developed innovative ways to become fully functional in running the household, including bill paying, house cleaning, laundry, cooking the meals we loved, always looking forward to coming home and smelling the aroma of fresh-baked pastries or coffee cake that Laurie prepared. All this and Laurie was not only the backbone of the family, but a great resource, support and friend to acquaintances of our children, Laurie’s friends and extended family of longtime friends and relatives of the Nichols and Peterson family.

She was also the primary caregiver in our home of her mother, Peggy, for the last few years of her life. she will be with our immediate family every day of the rest of our lives and we will never forget the love and life’s lessons that Laurie taught us of the way she lived her life, helped others and loved Scott, Bryan, Gina and Miya (our schnoodle).

Laurie was preceded in death by her parents, Joe and Peggy Peterson, and sister Sally (Peterson) Deason and is survived by sister Valorie (Peterson) Godwin and brother William (Bill, Pete) Peterson.

A very special thanks to Laurie’s primary medical care staff, Dr. Brad Drury, his nurse, Anette, and Tina, the mainstay of the medical support staff for the excellent care of Laurie and support to our family over the many years that she has gone through thick and thin during all of her medical encounters. I have no doubt that Laurie’s time with us was lengthened and enhanced by the quality of health care and the personal interest you took in her and our family.

Also, I have fond memories and appreciation for the quality of care and kindness at the Intensive Care unit of St. Francis Hospital in Federal Way, Wash.

Many thanks to Scott and Laurie’s friends, who have kindly offered to help the family during this time of loss and mourning of our wife and mother.

In lieu of flowers, request donations to either the American Cancer Society or St. Jude’s Children's Hospital.

To order memorial trees or send flowers to the family in memory of Laurie Jo Nichols, please visit our flower store.
Send a Sympathy Card